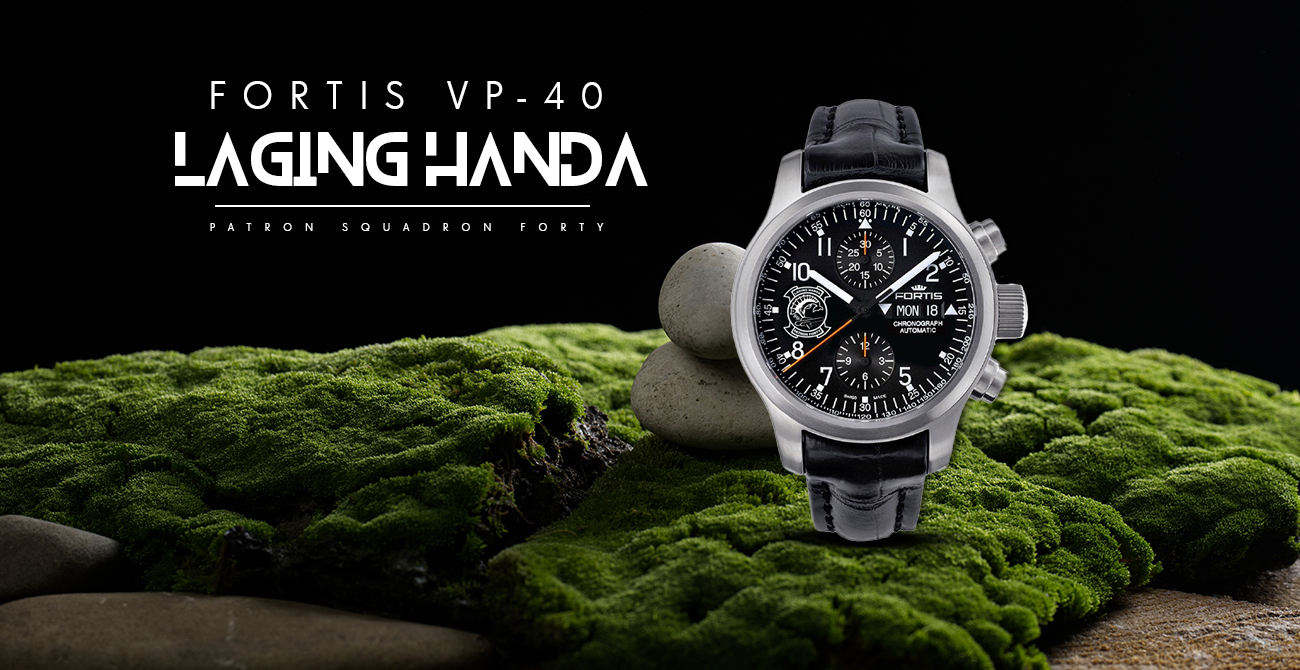 Patrol Squadron Forty, commissioned by the U.S. Navy on January 20, 1951, became the first West Coast squadron to adopt the Martin P5M-1 “Marlin” seaplane. They were initially deployed to patrol the waters surrounding the Philippine Islands and took the nickname “Fighting Marlins” in honor of their plane, as well as the motto “Laging Handa,” which, in the Philippine language, means “Always Ready.”

Over the years, VP-40, as the squadron is known in the military, took their motto seriously, serving admirably in an increasingly dangerous world. The Fighting Marlins participated in search and rescue operations in the Sea of Japan following the Soviet downing of a Korean commercial airliner in September 1983. They were an important part of the United States-led effort to liberate Kuwait during Operation Desert Storm. They were the first Americans to respond to the attack on the USS Cole in 2000. The Squadron supported both Operations Enduring Freedom and Iraqi Freedom and continues to be an important component in the ongoing global war on terrorism.

With a history like this, the Fighting Marlins knew they needed a squadron watch that was up to the challenge. In honor of their ongoing commitment to remaining resolute and ready at all times, Fortis has created a special limited edition of the famed Fortis B-42 Pilot Professional Chronograph emblazoned with the official VP-40 insignia at 9 o’clock. The illustrious Fighting Marlins could have chosen virtually any timepiece as their squadron watch, but they selected the Swiss made B-42 Pilot Professional for the same reasons that other military squadrons around the world have chosen to become part of the popular Fortis Squadron Watch Program.

Fortis watches are not merely fashion accessories. They are tough, reliable timing tools that have become standard equipment for some of the world’s most celebrated soldiers, sailors, and aviators. The 42 mm Fortis B-42 Pilot Professional is the perfect companion for a squadron like the Fighting Marlins. With an almost indestructible stainless case that is water resistant to 660 feet, an anti-reflective scratch resistant sapphire crystal and a dependable Swiss-made ETA 7750 automatic movement, this superb chronograph is “always ready,” just like the VP-40 aviators who wear it.

With 30-minute and 12-hour totalizers for timing events, an oversize black dial with legible white luminous lettering, a versatile tachymeter scale engraved on the chapter ring, and a large day/date window at 3 o’clock, the B-42 is considered by many to be the ultimate pilot’s watch. The men and women of the Fighting Marlins will wear this unique timepiece with pride. If you’d like to do the same, we urge you to contact an authorized Fortis dealer immediately. While the squadron this watch honors will continue to be “always ready,” supplies of this spectacular limited edition timepiece are not guaranteed to be always available.

Gevril Group US and Canadian Agent for Fortis Watches

Gevril Group is the sole US and Canadian agent for Fortis Watches. Contact us by email or by calling 845-425-9882.