Will Google Win the Smartwatch War? 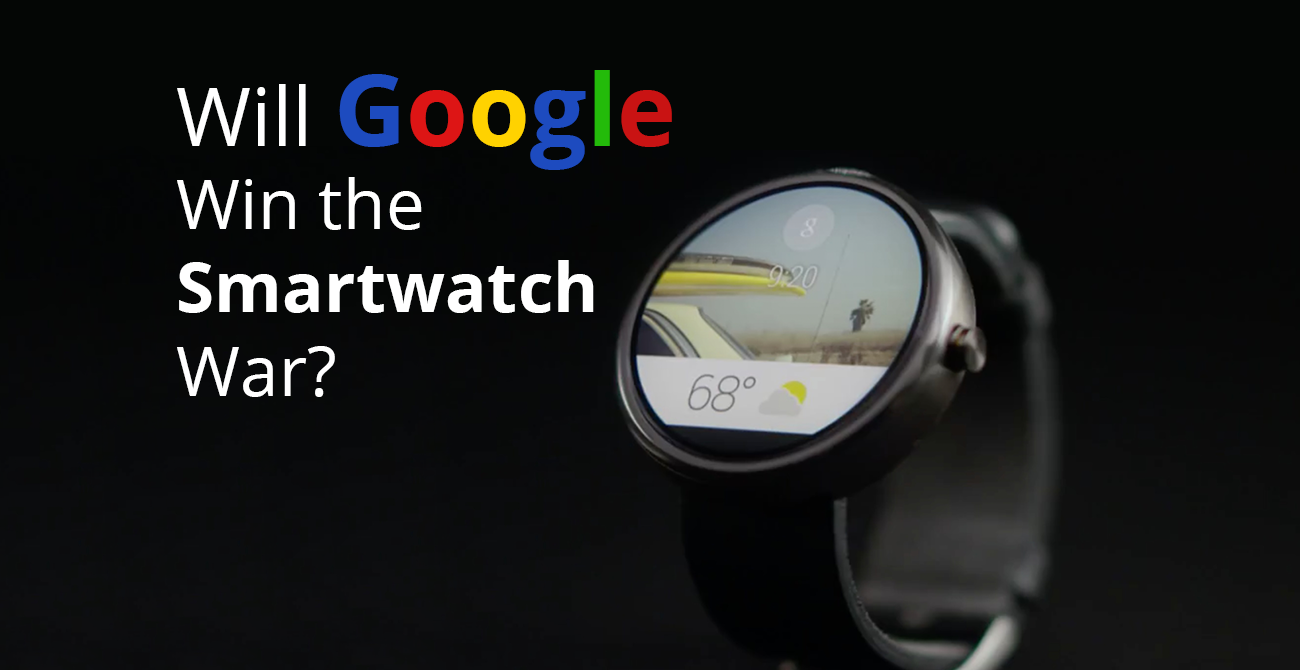 Almost everybody agrees that wearable technology will be the next big thing. What is unclear at this point is who will come up with the winning formula for a successful smartwatch. Pundits and industry insiders could learn a lot by looking at what has happened to Blackberry. This popular platform actually incorporated very sophisticated technology when it was introduced. It was left behind in the dust however, when other manufacturers discovered that software was much more important to smartphone customers than the hardware.

Innovative, inexpensive and even free apps turned the modern smartphone into a versatile tool that could do virtually anything. Ten years later, the same thing could be happening with the emerging market for wearable technology. This time, it won’t be the apps that make the difference; it will be how effectively these apps will be able to access and utilize vast amounts of data.

Who has access to the most data these days? One company stands head and shoulders above the rest is Google. Google has access to such an enormous amount of data that they already have the capacity to do things that other companies can’t. This is why when Google announced recently that it was exploring a new line of Android Wear, it caused a lot of speculation within the watch industry.

Imagine a watch with motion sensors and a microphone. It might figure out that you’re dancing and tell you what song is playing. A Google smartwatch could interface with your online calendar and not only remind you about upcoming events, it could also suggest what you might bring to the party, based on what stores are nearby. Google is all about putting data in context. Instead of a long list of Apple style apps, a Google smartwatch might continually track what you are doing and suggest an appropriate response, based on the context of your actions at the time.

Instead of traditional apps, a Google smartwatch will probably be based on a set of actions. This is what Google is already exploring with its innovative Google Glass wearable project. Using context based actions, you could quickly and easily use your watch for calling a cab, exploring a new city, finding nearby friends, or planning an alternate route to the airport. Google’s innovative creative team lives in a world where cyborgs are cool and talking to your gadgets is as normal as striking up a conversation with the person next to you. They want to go beyond technology and create a watch that becomes an extension of you.

Google in the Driver’s Seat?

Just as Apple understood what a new generation of customers wanted better than Blackberry, Google seems to understand what future generations are going to want better than most current technology companies.

The smartwatch wars have just begun and there won’t be a single winner. Companies as diverse as Sony, Apple, Motorola, Samsung, and even watchmaking giant Swatch, are all planning to introduce their own versions of wearable technology in the near future. Anything could happen at this point, but it would be unwise to count Google out. Google has something that other companies don’t. Google has all the data.