Is Gucci Losing Its Luster? 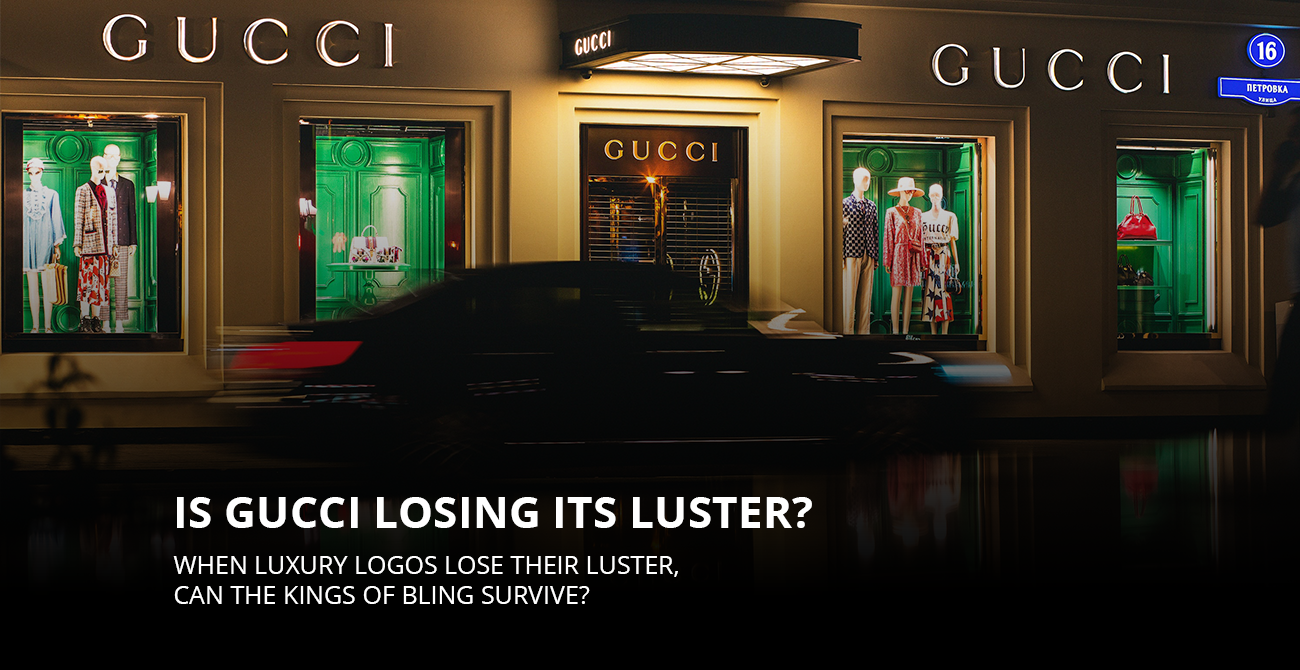 When luxury logos lose their luster, can the kings of bling survive?

When the economy imploded in 2008, luxury goods seemed relatively immune to the carnage that the ensuing economic downturn created. Analysts speculated that even though the economy was weak, companies like Ralph Lauren, Tiffany, Coach, and Gucci would thrive because even after the downturn, the rich still had plenty of money left to buy all their favorite luxury items.

All that may be changing however. There are growing signs that luxury logos are losing their luster. While the ultra-rich can still afford their yachts and Ferrari automobiles, a growing group of “affordable luxury” companies are beginning to suffer.

The latest luxury brand to falter is Gucci, the flagship label of Paris based Kering SA. Gucci profits fell dramatically during the fourth quarter of 2013 to 50 million Euros, down from 1.05 billion Euros a year earlier. Kering CEO François-Henri Pinault in a recent CNBC interview said he was unconcerned about the slowdown, but many financial analysts think that Gucci’s stagnating sales growth signals a change in the way consumers view luxury goods.

The slowdown in luxury sales has been well documented. Around the world, and particularly in China, well-known luxury brands are suffering from what many call “logo fatigue.” As recently as a few years ago, the Chinese couldn’t get enough bling. If it was gaudy and gold, they had to have it. Now, discriminating Chinese shoppers seem to prefer understated luxury and are buying less flashy labels.

A slowing global economy is causing many to change their priorities. Paul Lejuez, a New York-based analyst at Wells Fargo & Co. calls this phenomenon “wallet-share shift.” Instead of buying Hermes scarves and diamond bracelets, they are spending their money on practical items like cars, electronics and home furnishings.

Survival of the Grandest?

It remains to be seen whether this trend will continue. If the economy improves, luxury retailers like Gucci could quickly return to their former glory. If conditions continue to deteriorate, all bets are off. In a declining economy, there will still be rich people, just not as many of them. Luxury companies will be forced to focus their efforts on a much more targeted audience, which will create winners and losers. “The whole ship isn’t sinking,” says Aurora Investment Counsel president David Yucius, “It’s a matter of which brand is winning the fashion trend of the moment.”

Will Gucci and the luxury industry recover in 2014? With the top 2% of Chinese earners accounting for fully one third of all global luxury sales, the fortunes of a very few people could make a big difference. Whatever happens, one thing is certain: customers will continue to evolve, and successful companies will need to reflect their changing needs in the products they sell.