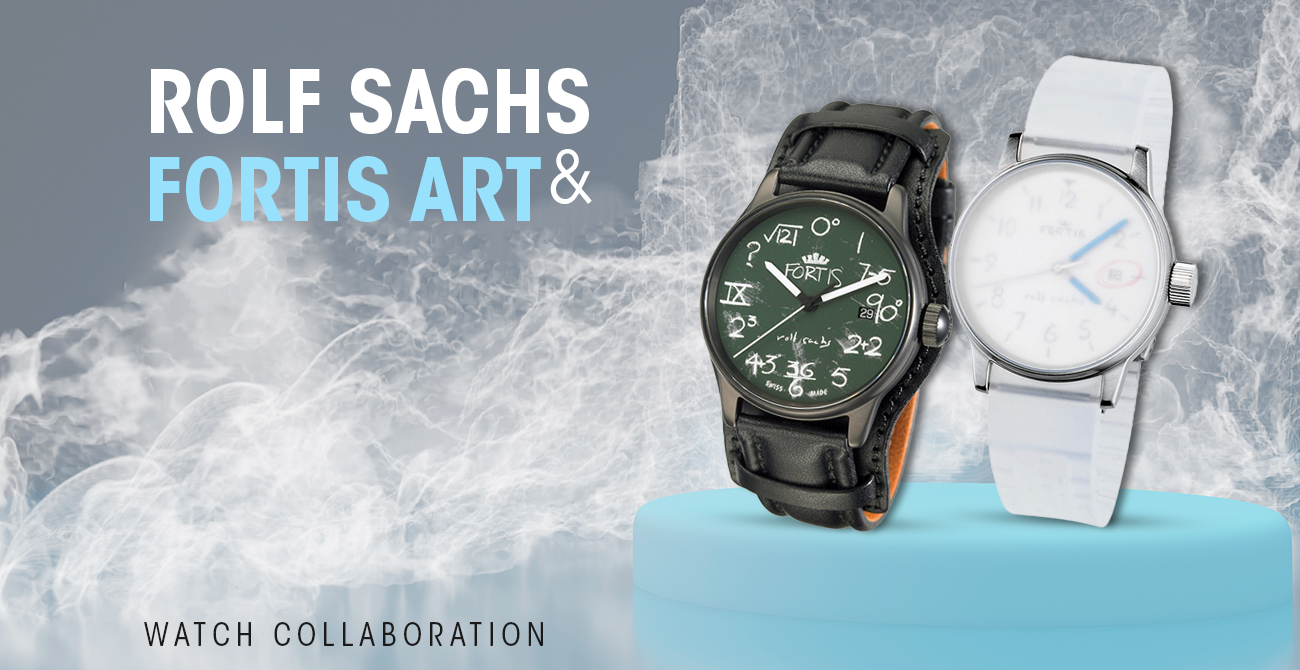 Rolf Sachs was already famous the world over for his architectural, lighting, and furniture designs, so Fortis thought it was about time
he turned his attention to watches.

Accomplished German artist and designer Rolf Sachs is widely recognized as one of the world’s leading conceptual artists. Using his unique multi-disciplinary approach, Sachs has created an astounding body of work that includes innovative furniture and lighting designs, sets for opera and ballet productions, photography exhibitions, as well as architectural and interior design projects.

This influential artist is still active in his family’s financial business and holds a number of advisory and board-level positions. He an international board member of Sotheby’s, the Tate Modern, and is also a trustee of the London Design Museum. Since Sachs currently lives in Switzerland and is very involved in the life around his beautiful self-designed home in St. Moritz, it wasn’t long before he was noticed by Fortis.

Fortis, who is best known for their highly regarded astronaut and aviation timepieces, also has a long tradition of collaboration with well-known artists to create special, limited edition “art watches” that are based on proven Fortis mechanisms. Since Fortis had already collaborated with well-known artists like Michael Mattern and Andora, they were eager to work with Rolf Sachs to create a unique timepiece that would capture the imagination of all who wore it.

Sachs first creation for Fortis was the whimsical Fortis IQ Watch. Instead of conventional numbers on the dial to indicate the time, Sachs uses chalk marked equations. The chalkboard look is meant to celebrate the tradition of mathematicians drawing, re-drawing their complex equations on a chalkboard. With 8 o’clock written as 23 and 11 o’clock written as the square root of 121, this is mathematical humor at it’s subtle best.

Rolf Sachs’s next venture into the world of watchmaking was the breathtakingly beautiful Fortis Frisson Watch. The Frisson, which literally means chill or shiver in French, has a special finish on the mineral glass crystal that resembles an iced vodka glass just out of the freezer. Sachs wants to encourage the wearer to physically interact with the watch by wiping a wet finger over the dial or breathing on it to get a clearer view through the frosted glass.

Both of these limited edition watches were an artistic and commercial success and are highly collectible today. If you’re wondering what the fertile and highly imaginative mind of Rolf Sachs will come up with next, only time will tell.