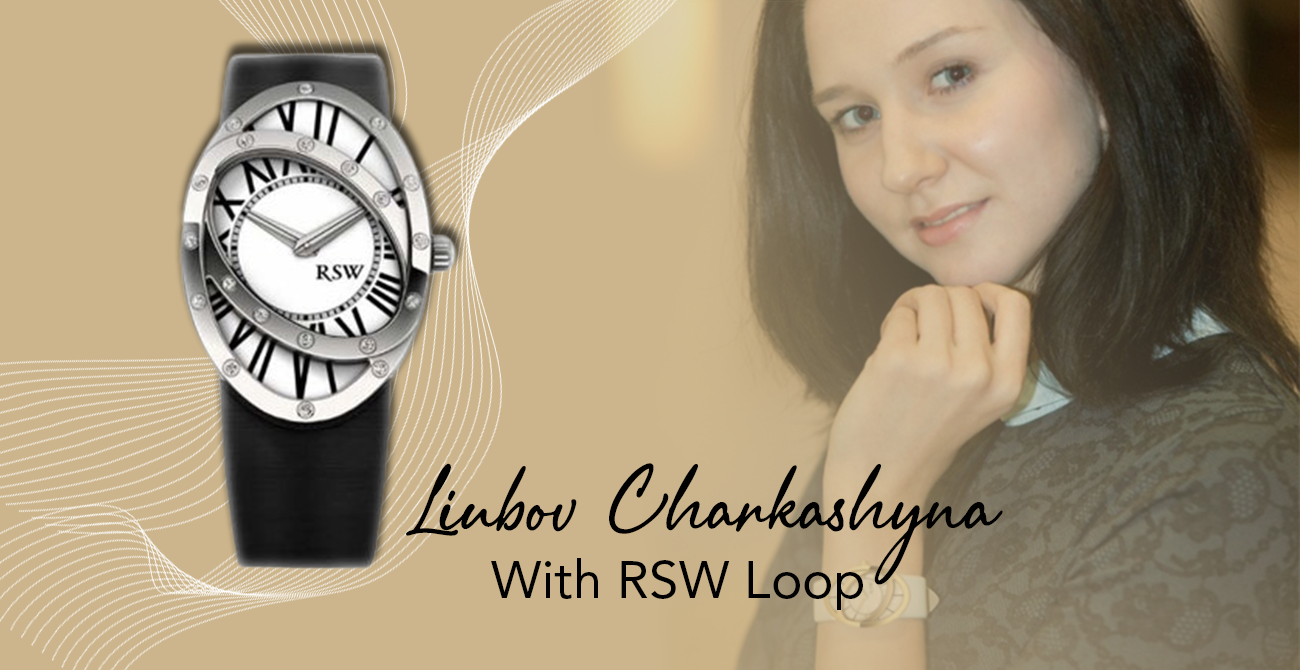 She Won the Bronze at the 2012 Olympic Games
Then She Won the Hearts of RSW in Belarus
25 year old Liubov Charkashyna is already a world class athlete. The young native of Belarus began her career in gymnastics at age 9 and quickly began winning medals in major competitive gymnastics events. By 2011 Charkashyna was at the top of her game, winning a silver medal at the World Championships in Montpellier, followed by gold, silver and bronze medals during the European championship in Minsk.

When Liubov managed to take the third place against Aliya Garayeva from Azerbaijan and returned home with the Olympic bronze in 2012, she was already regarded as one of the world’s leading rhythmic gymnasts. The grace, harmony and perseverance that this young athlete exhibited during her quest for gymnastic mastery caught the attention of RSW and their exclusive distributor in Belarus, Suisse Haus Limited.

RSW saw a young woman who embodied their brand values and asked Liubov to become their new brand ambassador in Belarus. Liubov will help RSW promote its woman’s “jewelry in motion” collection in the former Soviet republic.

Like Liubov Charkashyna, RSW has a unique stylistic personality in a world that has become saturated with look-alikes. The 90-year-old Swiss watchmaker has never felt the need to follow the crowd and continues to produce a succession of boldly innovative timepieces that have captured the imagination of style conscious women around the world.

With her generous personality and active participation in activities like the “Dreams Come True” association benefiting sick children, Liubov Charkashyna will be a genuine asset for the RSW brand in the years ahead. The company is very proud to have this vibrant and exciting young athlete among its brand ambassadors.