Meccaniche Veloci Only One Interceptor 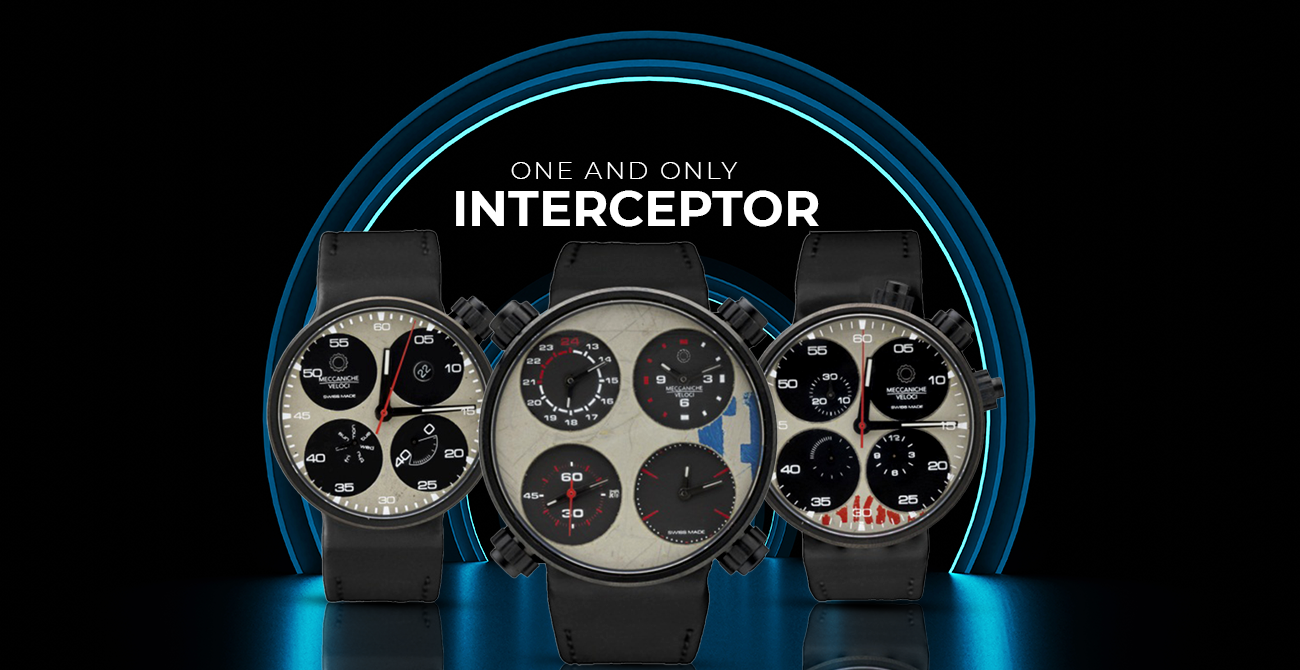 An Important Relic of the Cold War Provides the Inspiration For One of
the Hottest “Only One” Timepieces Meccaniche Veloci Has Produced Yet
During the early 1970’s, the United States and the Soviet Union were still involved in a deadly competition to produce the most advanced weapons systems known to man. This Cold War, as it became to be known, resulted in iconic aircraft for both nations, including the Russian MiG-27 “Flogger.” The single engine MiG-27 was powered by a single after-burning turbojet engine and could reach speeds as high as Mach 1.77.

Although this iconic aircraft ended production in 1986 and has been retired by the Russian Air Force, its heritage lives on in the latest “Only One” creation from Meccaniche Veloci. The dial of the spectacular new “Only One” Air Interceptor edition has been fabricated from an authenticated remnant of a MiG-27 fuselage.

Each of these amazing timepieces is unique and all three have been rigorously documented and certified by Meccaniche Veloci. Three lucky people will not only enjoy a meticulously engineered luxury timepiece, they will also be the beneficiaries of a priceless piece of history. For the serious collector, the Meccaniche Veloci “Only One” Air Interceptor represents the opportunity of a lifetime. “Only One” watches are so rare and exclusive that if you already own an example from this amazing collection, you will want to own all of them.

The Cold War may be over, but it spawned one of the hottest watches ever made. If you would like to own one of these extraordinary timepieces, contact an authorized Meccaniche Veloci dealer immediately. The MiG-27 “Flogger” was supersonic and the three available “Only One” Air Interceptor timepieces are going to go almost as fast.

Gevril Group is the US agent for Meccaniche Veloci Watches. Contact us by email or call us at 845-425-9882.