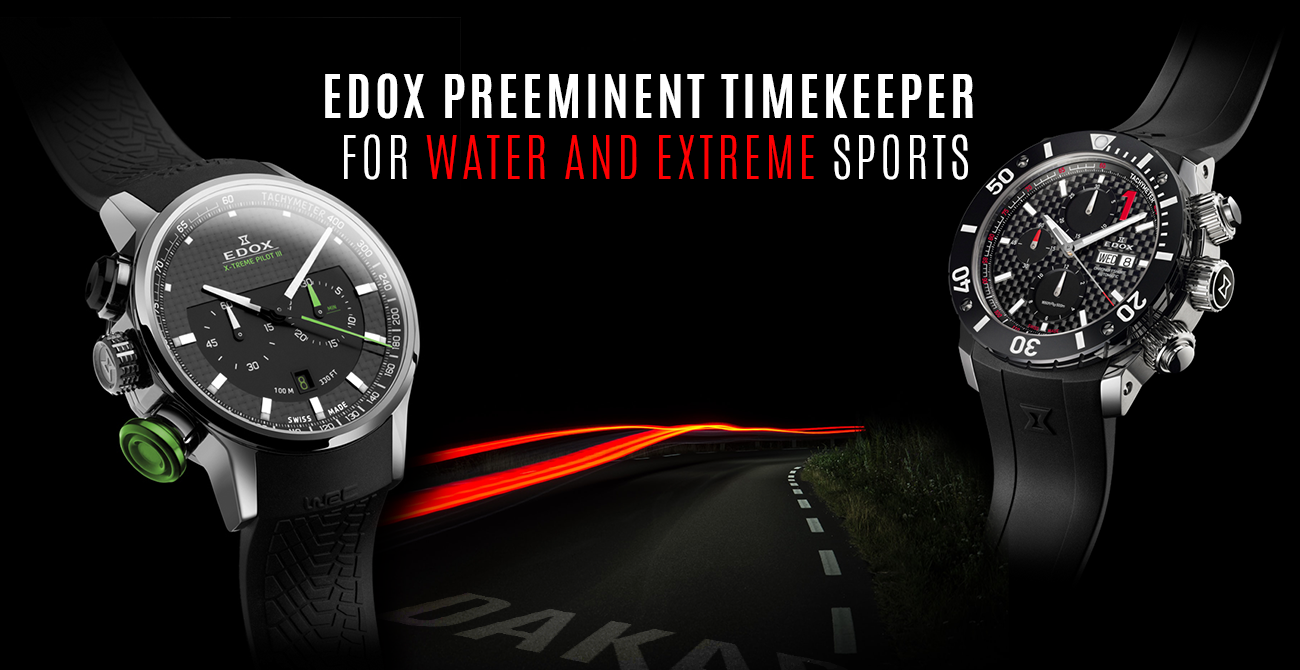 Internationally renowned Swiss-precision sports watchmaker Edox has been named the official timekeeper of the 2012 Dakar Rally-Raid, the world-famous off-road, multi-terrain auto and motorcycle adventure race across a large part of South America.

The exclusive title of official timekeeper has been extended to Edox for 2012 and coming years, which will no doubt translate into lucrative media exposure for the luxury sports watch brand.

The Dakar Rally-Raid intra-continental racing event is covered by approximately 2,300 media journalists and is televised in almost 90 countries to an audience of roughly one billion worldwide.

Swiss Jura-based Edox, founded in 1884, has been a leader and innovator in the watch industry for over a century, building its reputation on precise timekeeping and waterproof design. The company has forged a path to the prevalence of its Edox brand in water and extreme sports.

Already an official partner of the FIA World Rally Championship (WRC), Edox reigns supreme in the world off-road racing with timepieces that can withstand the harshest of conditions. Competing against the clock crossing dunes, mud, camel grass, rocks and other terrain, contestants can count on Edox to keep accurate time without stopping and without breaking; fans can count on learning more about the Edox brand and being charmed by the fusing of Swiss precision engineering and high end luxury with durable, sports-grade construction that is the calling card of the Edox global watch brand.