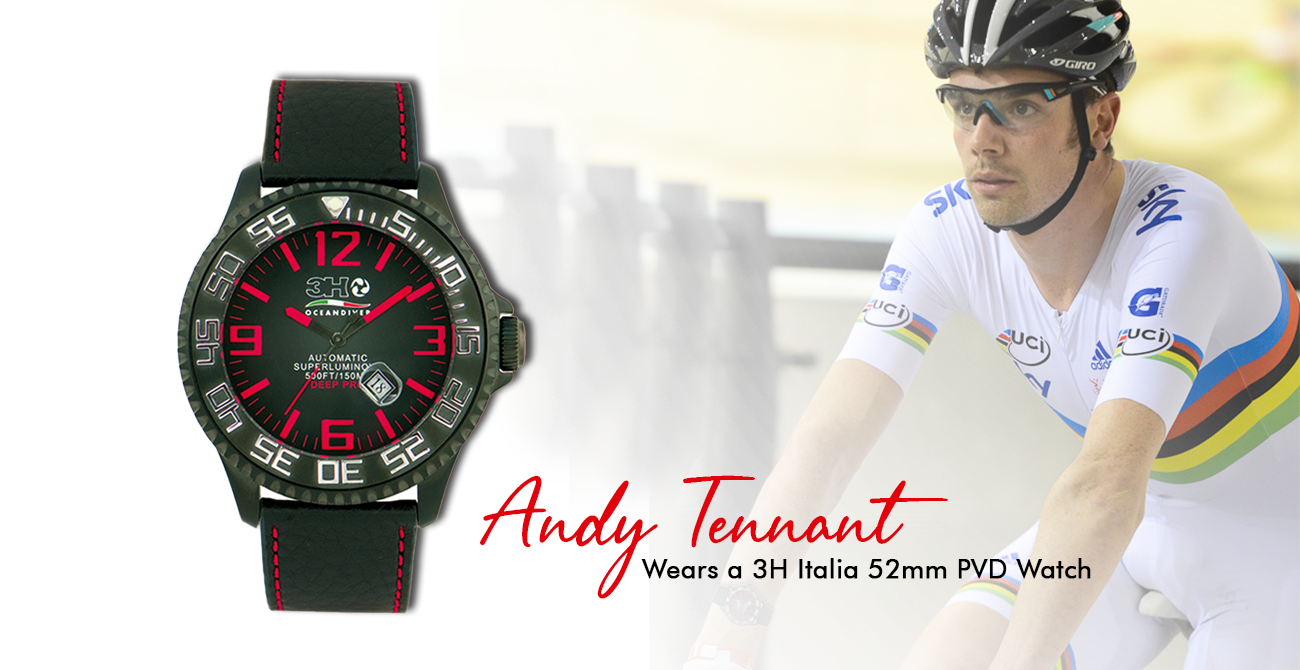 Top cyclists like Andy Tennant know the importance of professional equipment. That’s why there’s a 3H Italia Oceandiver on his wrist.

Professional cycling is a demanding sport that depends on well-maintained, professional equipment. Nobody knows this better than Andy Tennant. This rising star in the British cycling world was selected for the Team Great Britain pursuit squad at the London 2012 Olympic Games and now rides for the Madison Genesis team, where he takes up a position as one of the team’s lead riders.

Andy is a well-established road racer with four tour series victories under his belt, along with senior track medals at the 2010 World and European Championships. Andy depends on the bicycle he rides and the watch on his wrist. His appreciation for professional tools led him directly to the 3H Italia DeepPro Oceandiver.

With bright, easy-to-read orange numbers, a unidirectional rotating bezel, and a case that’s water resistant to an impressive 500 feet, the big, bold 3H Italia Oceandiver watch is a precision instrument that any serious athlete can appreciate.

This fabulous 52 mm professional diver watch is powered by a premium automatic mechanical movement and features a protected crown, a durable mineral glass crystal, an integrated magnifying lens over the date window and distinctive bright orange numerals, hands and markers.

Andy Tennant began cycling when he was just 14 years old. Four year later he was accepted onto British Cycling’s Olympic Academy Program and subsequently became the Junior World Champion in the Individual Pursuit and European Champion in the Team Pursuit. This promising young British rider has a bright future ahead of him, and so does the distinctive young Italian on his wrist.

If you’d like to join the growing list of people who have already discovered the irresistible attraction of wearing a 3H Italia watch, talk to an authorized 3H Italia dealer today and ask to see the DeepPro Oceandiver that Andy Tennant wears.