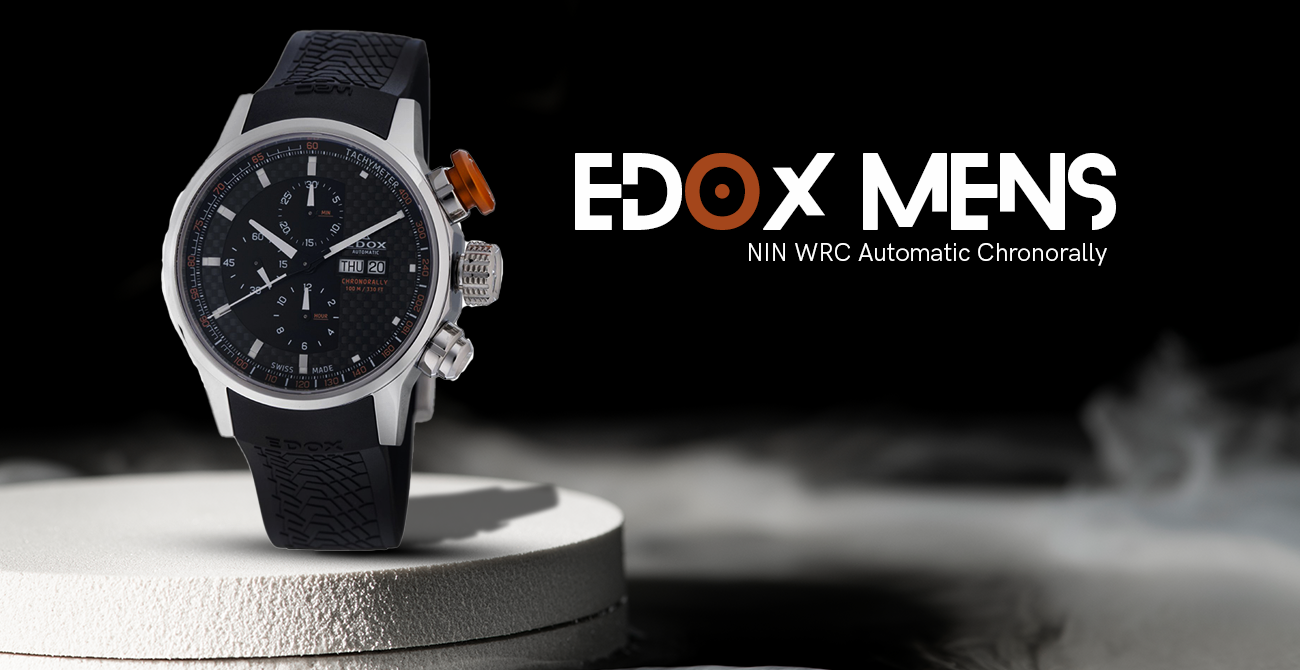 The Official Watch of the 2012 World Rally Championship

Edox has a long history of timing prestigious sporting events. As far back as 1966, the company was selected as the official timekeeper for Spain’s famous Vuelta bicycle race. Their prominence in sports became even greater when Edox became the official watch of the 1968 Summer Olympics in Mexico City. Over the years, Edox has achieved dominance in one performance sport after another, culminating in their selection as official timekeeper for both the Class-1 World Powerboat Championship and the FIA World Rally Championship.

To celebrate their new three and a half year agreement with the WRC, Edox has introduced a spectacular new watch: the WRC Chronorally. The Chronorally has been designated as the official WRC timepiece for a grueling series of rallies to be held in Mexico, Spain, Portugal, Finland, Germany, Japan, France and England. In these multi-day events, drivers experience some of the toughest and most varied conditions on the planet. A lesser watch might not be up to the challenge, but the Edox WRC Chronorally will be able to take this epic motorsport adventure in stride.

The watch is built around a proprietary Edox 011 movement. This precision automatic movement, based on the famous Valjoux 7750, has an impressive 46-hour power reserve. The durable 45mm 316L stainless steel case features dramatically oversized chronograph pushers, so drivers can easily time important events, even while wearing driving gloves. To help minimize accidental errors, the start pusher is colored bright orange for easy identification.

This professional timekeeping instrument utilizes an anti-reflective scratch resistant sapphire crystal to protect the black carbon fiber dial. Genuine nickel indices contrast with the black dial for maximum visibility. With a tachymeter on the inner bezel, three easy-to-read subdials and a convenient date/date window at 3 o’clock, this superb timepiece is ready for anything.

Only a select few will ever compete in the prestigious World Rally Championship. You don’t have to be a champion rally driver however, to experience the technology it takes to survive this grueling race. Just go to your nearest authorized Edox dealer and reserve your own Edox WRC Chronorally. This amazing watch isn’t just another commemorative timepiece. It’s the real thing!