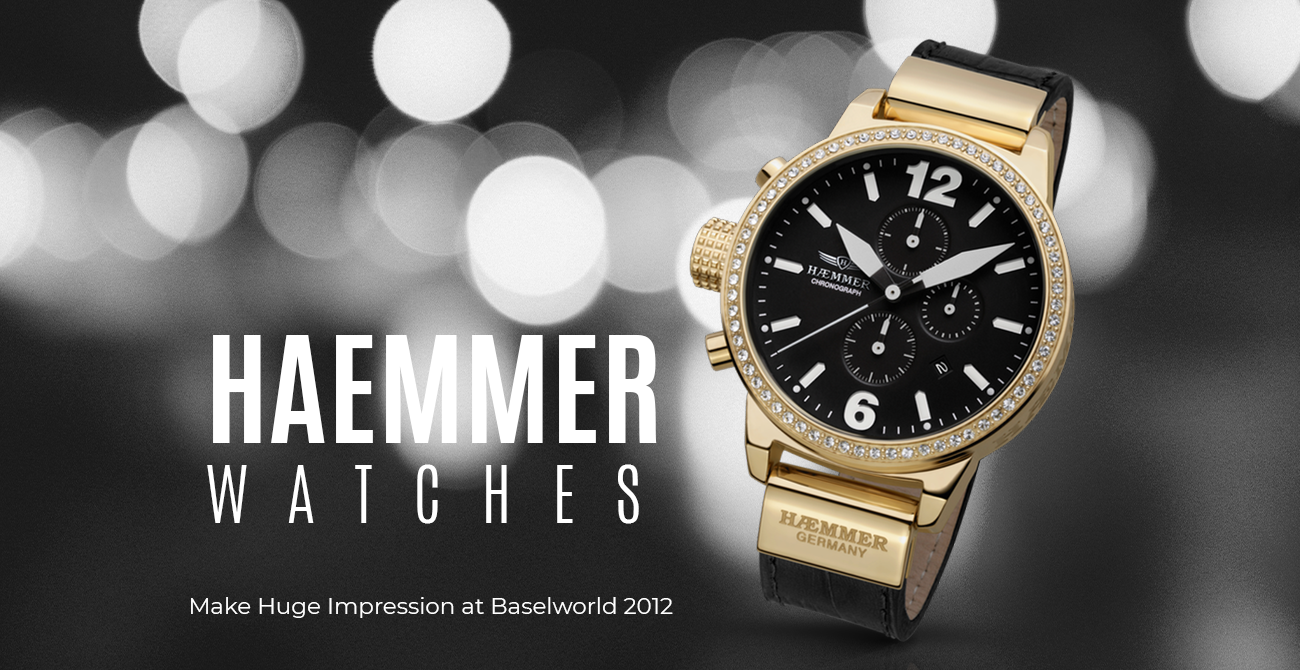 Haemmer watches have always been hard to ignore. Ever since this trendy, oversized German brand made its debut in the Summer of 2008, Haemmer timepieces have become instant status symbols wherever they’ve been introduced.

Haemmer’s creators Holger Bohne and Jeroen Opdam always think big. When they took the Haemmer Collection to Baselworld 2012, they wanted to be known worldwide as “the brand for oversize watches.”

The Haemmer name and its unique oversized concept are already making waves in 41 countries on four different continents. After the exposure the brand received at Baselworld 2012, the popularity of the Haemmer concept is sure to grow further.

The big news this year is that Haemmer will soon be introducing a completely new Collection of mechanical watches. The new Haemmer Mecanica Series, making its debut in October 2012, continues the brand’s oversized concept with a collection of spectacular limited edition timepieces, each powered by a precision automatic mechanical movement. Each Mecanica timepiece will be produced in an edition strictly limited to 1001 pieces. The addition of precision mechanical timepieces to the Haemmer roster is exciting news for watch aficionados worldwide, and these new limited edition models are expected to sell out quickly.

A new “Ladies Secrets 2012” Collection also made its debut at Baselworld, expanding the popular line of Haemmer Giant watches to include more fashion colors and trend setting styles than ever before. The impressive 45mm Ladies Secrets timepieces are available in both three-hand and chronograph versions.

The combination of top quality materials, innovative design and precision technology has made Haemmer a category leader in oversized timepieces. People know that if you want to make a big impression, you need a large watch. With new endorsements by leading celebrities in the world of sports and music, along with the success of Baselworld 2012, the future for Haemmer not only looks big, it looks very bright.