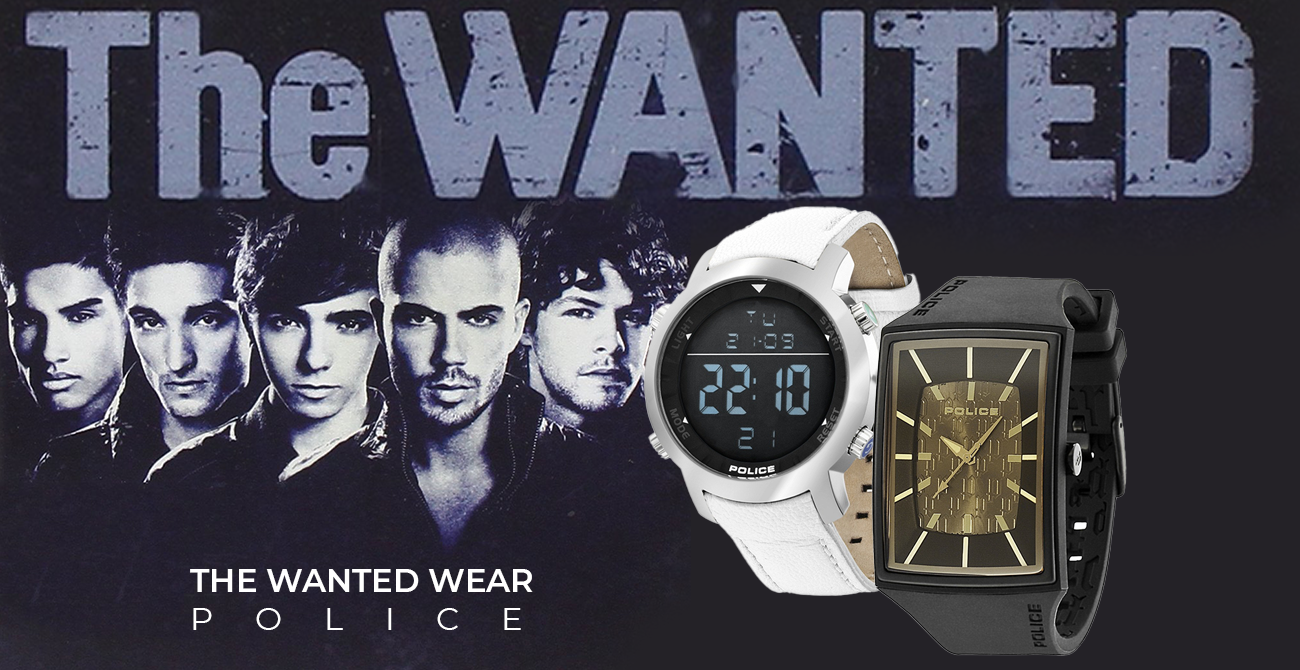 Wear the Police Watches that Pop Sensations The Wanted Wanted Most
When the popular British/Irish boy band The Wanted performed at England’s 2012 T4 On The Beach music festival recently, they were seen wearing blue Police sunglasses and sporting Police timepieces on their wrists. If anyone needed a reminder that the Police brand has become a sensation with today’s youth, this was it.

The Wanted have become an international sensation after their debut single, All Time Low, reached number one on the British charts in July 2010. Their second number one hit came in May of 2011 when the band released Glad You Came. This happy, upbeat anthem was even covered on the popular television series Glee.

With an astonishing 30 million YouTube views and sales of almost half a million copies of their debut album, The Wanted have definitely taken the music world by storm. Now, they’re getting ready to take the watch world by storm, as well. When the boys were seen wearing Police timepieces during recent concert performances, their fans were the first to take notice.

Jay McGuiness proudly wears the Police Vantage-X. This contemporary 36 mm x 49 mm three-hand design redefines classic good looks for a whole new generation of watch aficionados. This oversize, fashion-forward style timepiece is definitely not your fathers dress watch. The unisex Vantage-X is available with color coordinated silicon straps and a matching dial in a variety of this year’s hottest colors.

Nathan Sykes wears the high tech Police Cyber watch. This stunning 46 mm design features an all-digital display with the ability to track 25 different time zones, while providing three independent alarms and complete chronograph functionality. The Cyber isn’t just a geeks dream; it’s also a fashion sensation for both men and women. Available in this season’s hottest fashion colors, the Cyber features an oversize stainless steel case with four crowns for accessing the watch’s many functions. The comfortable silicon strap is color coordinated with the chapter ring for an unforgettable appearance.

In less than 30 years, the Police brand has proved again and again that it understands young people. It’s no surprise that Max George, Siva Kaneswaran, Jay McGuiness, Tom Parker and Nathan Sykes are wearing these trendy timepieces onstage. The Wanted understand what an entire generation has already discovered: Police watches don’t conform to fashion trends; they allow you to set them. If you’d like a watch like The Wanted currently wear, contact an authorized Police dealer immediately and put a Vantage-X or Cyber timepiece on your own wrist.