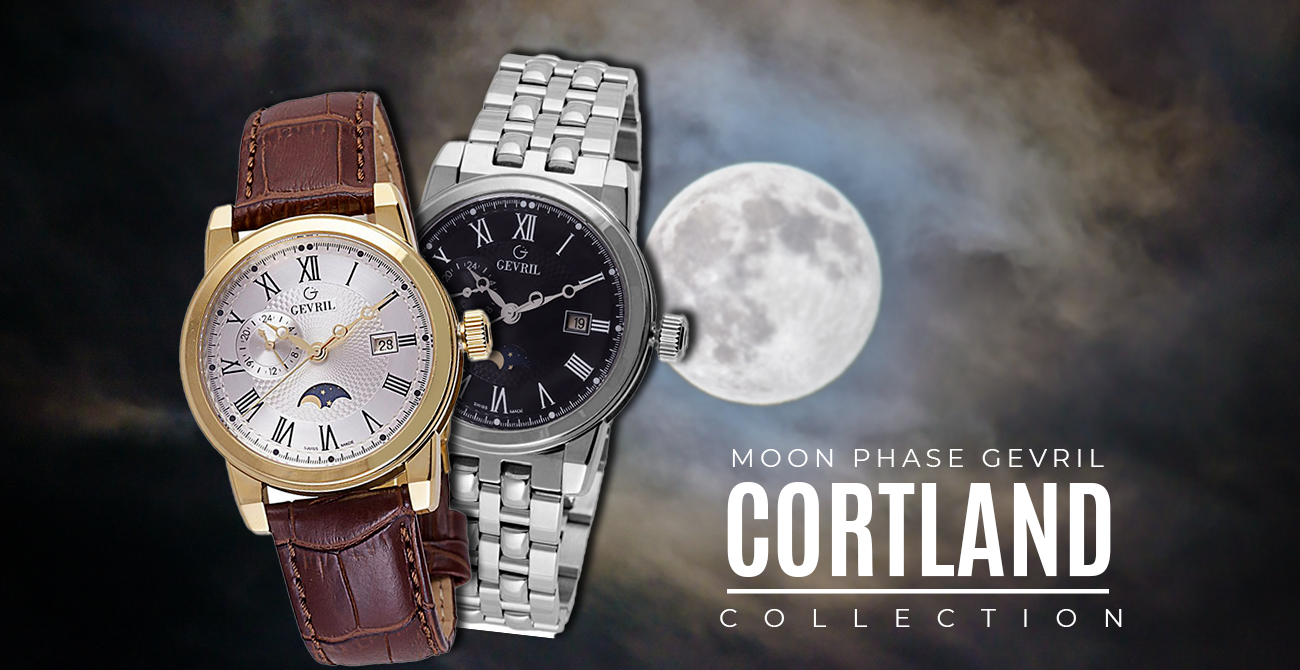 Much of the New York skyline was erected during the Roaring Twenties, and with that boom came a multitude of districts and businesses to support the prospering economy. One district, located in the city’s Lower West Side, was known as Radio Row; it comprised several blocks of mostly electronics stores with Cortlandt Street at its epicenter.

For 40 years Radio Row was the place for New Yorkers to source parts for radios and later televisions. Most of Radio Row was eventually razed in the mid-’60s to make way for the World Trade Center. Now however, the once-great thoroughfare is the subject of a new Gevril timepiece – the Cortland.

The Cortland is another in Gevril’s line of dressy men’s watches, a complicated version of the stylish Gevril Park, with which it shares its overall appearance and fundamental design qualities. Similarities include the 39 mm stainless steel case with screw-down crown and the highly detailed dial; specifically, the guilloche-style engraving, a seconds track bordered with scalloped edges and a date window at 3 o’clock.

The large, legible Roman numerals and pomme tipped hands swoop up years of history and celebrate the golden age of watchmaking. As do the watch’s two additional complications: a 24-hour sub-dial that records a second time zone, and a moon-phase register to track the changing position of the moon.

Another highlight of the Cortland is the case back: it features an engraving of a 1908 scene along Cortlandt Street, with the Glen Island Hotel in the foreground and the Singer Building in the distance (the highest building in the world at the time). The engraving also indicates the watch’s limited edition number – each variation is one in a series of 500.

In recognition of Cortlandt Street’s place in the lore of electronic-age Americana, the Gevril Cortland is powered by a state-of-the-art electronic Swiss quartz movement. Choose your favorite Cortland model today from an authorized Gevril watch dealer and hook into your own slice of New York history.