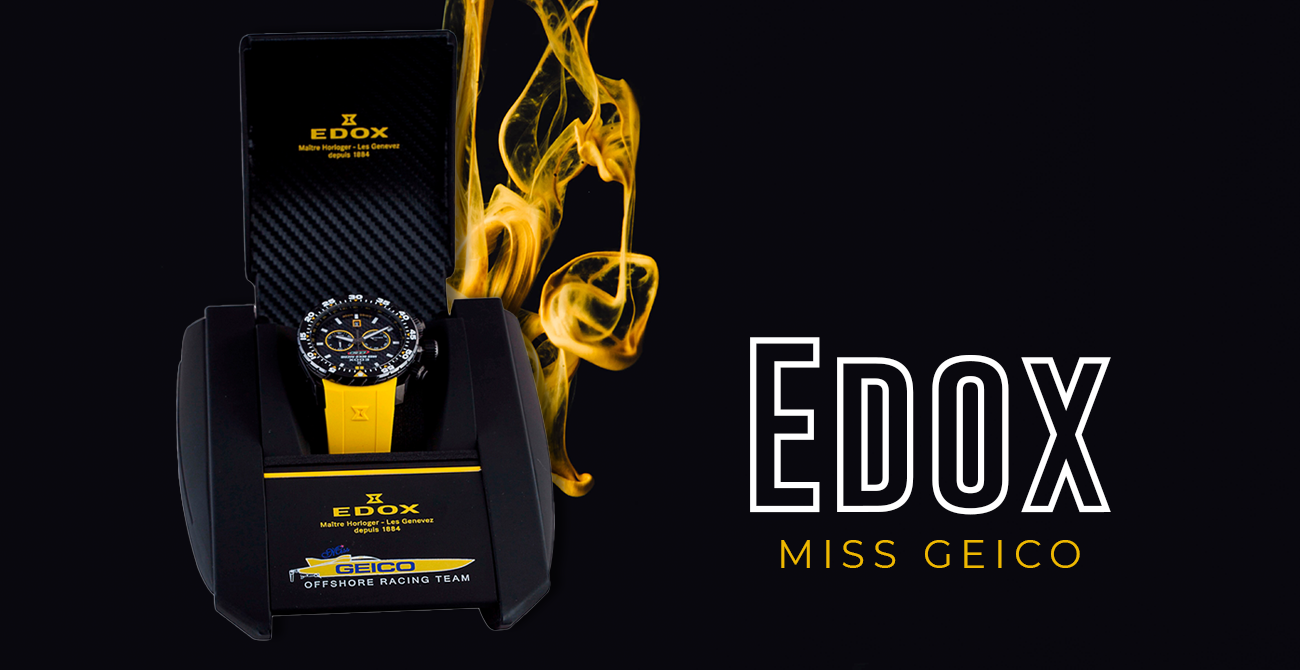 The violent solo crash of Edox co-sponsored Miss Geico, the well-known turbine-powered 50-foot Mystic catamaran at the August 5-7 Michigan City, Indiana offshore race still has driver Marc Granet and throttleman Scott Begovich at a loss to explain exactly what happened. Granet described the conditions as rough but consistent and said the cat was traveling at 106 mph—a relatively low speed for a boat that runs consistently above 150 mph—when the incident occurred.

“It was like two miles of Sea Ray wakes, one after another,” said Granet. “It was one of oddest, strangest accidents. We weren’t even making power—we were below 80 percent. We were talking over the data with the crew on the radio. Then, one moment we’re looking at the sky, the next we’re looking at the water.”

Although the boat apparently “tripped” and left the water nose high, it did not “stuff” or flip when it landed. According to Begovich, incident happened so quickly and unexpectedly that it caught him and Granet by surprise.

“It wasn’t even scary because it happened so fast,” said Begovich. “We’ve put ourselves in much more dangerous positions hundreds of times. The odds finally caught up with us.

“If we’d gone upside down, the damage would have been much worse,” he added. On landing, the cat severely damaged the port side of its bow and blew off an engine hatch. It was left with one engine running.

“The forces were so great,” said Granet. “We have a velocimeter in the boat, and we were pulling two Gs on the way up. The impact was seven or eight Gs.

Miss Geico was brought to Mystic Powerboats in Deland, Florida for repairs, which should take a couple of weeks. Granet and Begovich said they hope to have the boat ready for another exciting Edox Miss Geico Fantasy Adventure at the upcoming Offshore Powerboat Association event that’s scheduled to take place August 26-28 in Long Island, New York.

Hosting watch retailers and their customers at Miss Geico events is one of the many ways that Edox is making waves with their sponsorship the Miss Geico offshore powerboat racing team.

Edox is also producing an exclusive yellow and black Miss Geico World Champion Celebration Chronograph in a very limited edition of only 113 pieces, celebrating the famous number on the famous Mystic boat.

Wherever the Miss Geico team goes, Edox will be there as well. Edox was the first to develop a special race timing system that utilizes both satellite and GPS technology to provide a level of accuracy that was previously unheard of in powerboat racing. The famous watchmaker is now the official timekeeper for the Class-1 World Powerboat Championships as well as the official timekeeper of the FIA World Rally Championship.