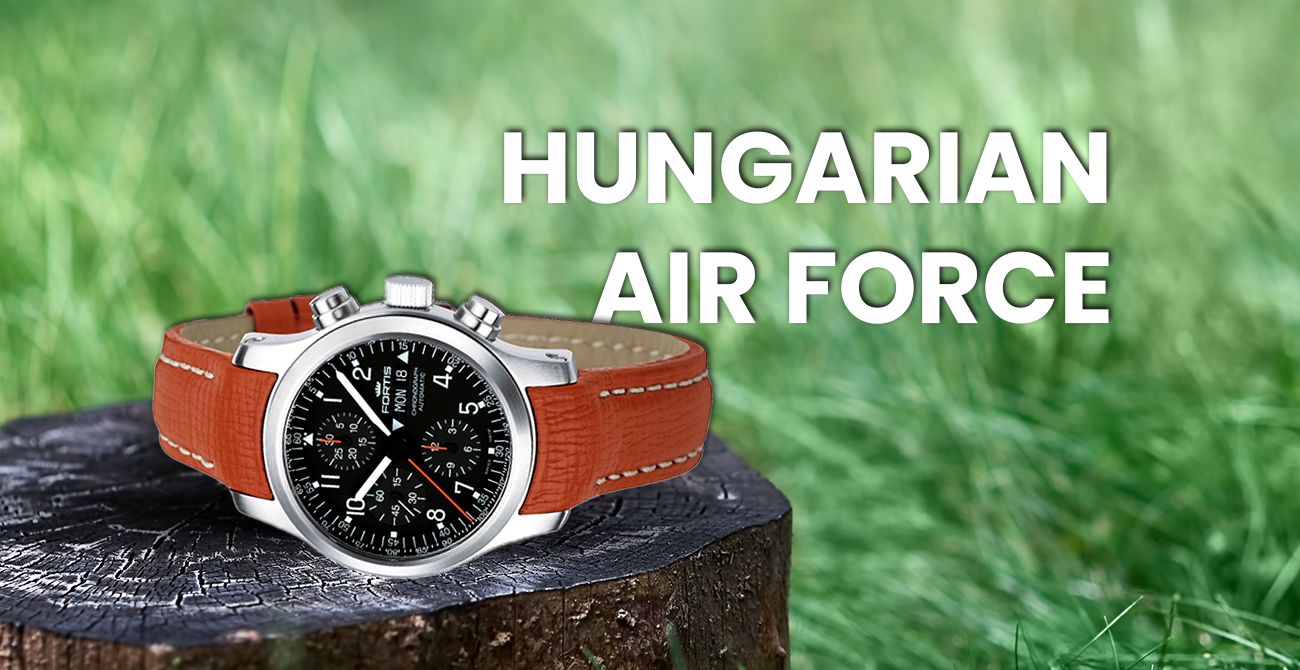 Fortis Pilot Professional Chronograph
Official Watch of an Entire Air Force
The Hungarian Air Force has had a long and interesting history. The Air Force was founded in 1918 under the short-lived Hungarian Soviet Republic, but was disbanded only two years later at the end of World War I under the Treaty of Trianon. Under the terms of the treaty, Hungary was forbidden from owning military aircraft. A secret air force was gradually established using civilian planes during the 1930’s and in the Summer of 1942, this secret force became part of the Luftwaffe and fought against Russia on the Eastern Front during World War II.

Today, the Hungarian Air Force is a full member of NATO and participates in a wide variety of humanitarian and defensive missions around the world.

In 2001, the Hungarian Air Force selected the Fortis Pilot Professional Chronograph as their official timepiece and Hungarian air squadrons have been loyal to Fortis ever since.

A special limited edition of the Pilot Professional Chronograph was created to honor Hungarian NATO pilots. This watch features the Hungarian Air Force insignia on the custom dial at 9 o’clock and the words “Hungarian Air Force” below the small second hand at 6 o’clock.

This watch proved popular with pilots and it wasn’t long before the air force’s 47th Combat Squadron based in Pápa, Hungary requested a special version of the Pilot Professional Chronograph for their own squadron. Instead of the Hungarian Air Force insignia, this rare limited edition watch features the insignia of the 47th Combat Squadron at 9 o’clock.

Only 200 numbered watches honoring this elite group of MIG pilots were ever produced.

It is not surprising that the Fortis Pilot Professional Chronograph has been selected by pilots around the world as their official timepiece. This rugged 40mm stainless steel watch is water resistant to 100 meters and features a premium Swiss Valjoux 7750 movement that is accurate to within 1 second a day. The clean, uncluttered black dial features bold white Arabic numerals that are clearly visible even in low-light conditions. These are professional watches that pilots are proud to wear during active duty and pass down to their heirs later. 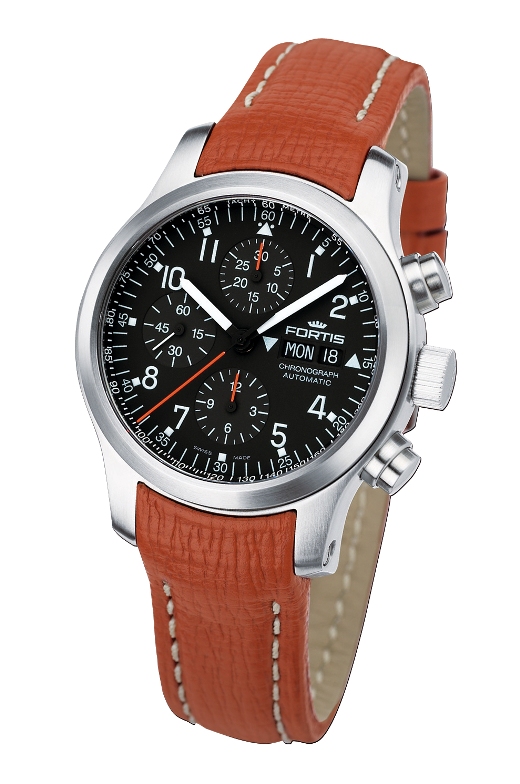