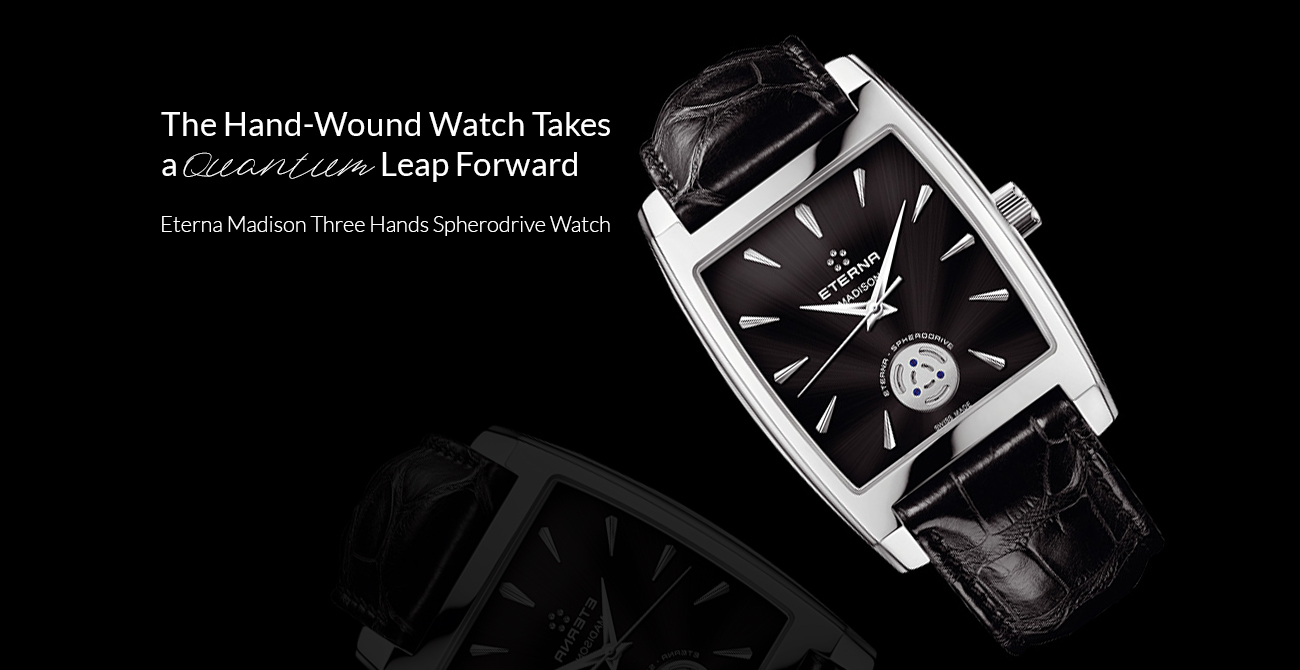 Mechanical watch movements don’t change much. Some of today’s most popular movements have remained essentially unchanged for more than 40 years. That’s why Eterna astonished the watch world recently with an entirely new technology that has re-invented the hand-wound mechanical movement. Their innovation is called the Eterna Spherodrive, and it is an entirely new type of mainspring barrel.

Every mechanical watch has a mainspring at its heart. Since a fully wound mainspring can exert immense pressure and friction on the rotating arbor shaft that transmits the spring’s energy to the watch gear train, the ruby bearings that suspend the shaft have always been considered a mechanical watch’s weak point.

Instead of lubricating the rotating arbor with viscous oil like most manufacturers, Eterna re-invented it. The Eterna Spherodrive replaces the traditional lubricated ruby bearings with a double row of lubricant-free zirconium oxide ball bearings.

This new technology provides an extremely stable, precise and almost frictionless connection between the mainspring and the gear train. The Spherodrive also changes the way the winding stem connects to the mainspring barrel, effectively avoiding the connection unless it’s necessary.

Why is this important? It all comes down to accuracy. How the mainspring transfers energy to a watch’s gear train plays a huge role in determining the accuracy of the watch. That’s why watch enthusiasts around the world are so excited by the Eterna Madison Spherodrive Collection.

Inside this understated, traditional looking men’s watch is the all new Eterna in-house Caliber 3505 movement with it’s revolutionary Spherodrive technology. This elegant and innovative new moment provides up to 56 hours of power reserve and offers a degree of accuracy and reliability that was simply not obtainable before.

A Watch Purists Will Love

The Madison Three Hand with Eterna Spherodrive is a watch that purists will love. This hand-wound masterpiece features an anti-reflective sapphire crystal and sunray brushed dial with a special opening at 6 o’clock to showcase the Spherodrive bearings.

The Caliber 3505 movement is housed in a handsome polished stainless steel Tonneau case and is fitted with a black alligator band with folding deployment clasp.

If you are interested in acquiring one of the first real innovations in mechanical watchmaking in decades, contact your Eterna Watches dealer immediately and reserve your Eterna Madison Three Hands with Spherodrive today.