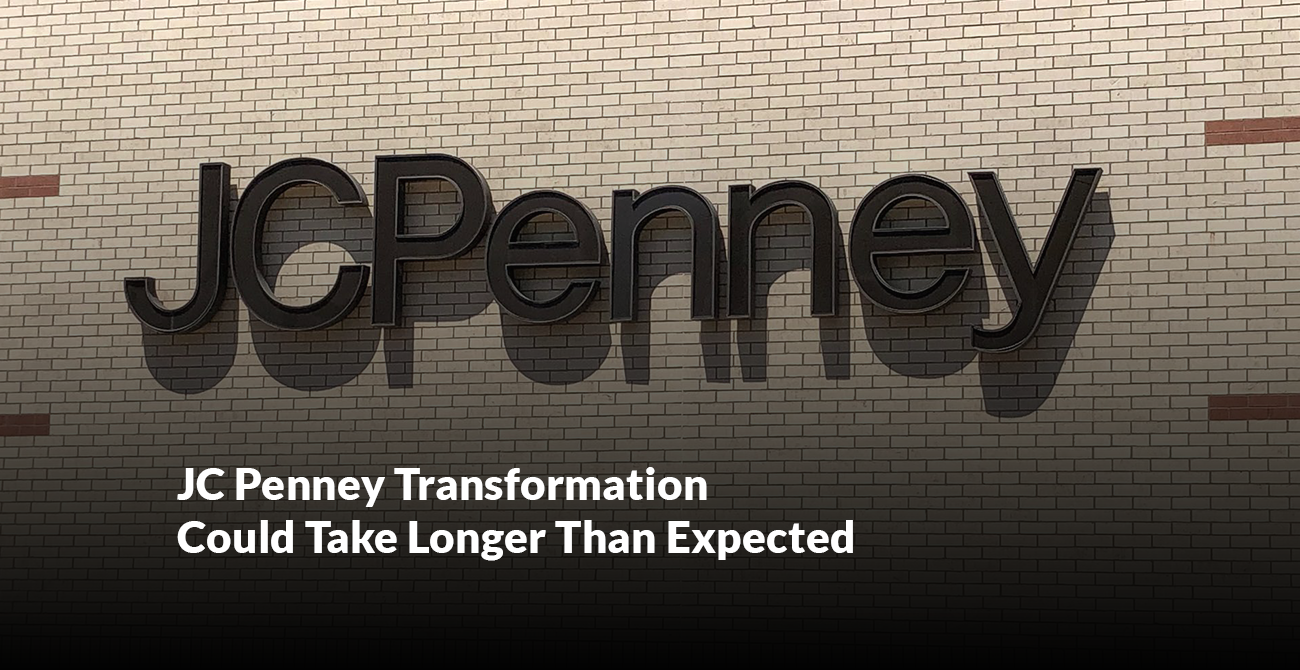 New Initiatives May Not be Enough to Stop
The Slide in JC Penney Sales and Profits
Department store powerhouse JC Penney has had a rough year. During the last 12 months, the retailer has experienced a 25% decline in sales as the store’s traditionally price-conscious customers uniformly rejected the transformational strategies of new CEO Ron Johnson. Since his appointment as CEO in November of 2011, Johnson has delivered one disastrous quarter after another. To modernize the stores, Johnson launched a massive transformation effort that did away with most of JC Penney’s coupons and discounts. He also opened a series of “shops within a store,” creating as many as 100 different boutiques at most Penney stores.

Customers and investors were not impressed. JC Penney shares dropped as much as 22% in a single day after the retailer announced a 31.7% decline in comparable sales during the important 2012 Winter holiday quarter. In an effort to lure back customers and boost share prices, JC Penney has already rescinded some of its transformational initiatives. Coupons are back, and JC Penney has now acknowledged that it may have to rethink its transformational “store within a store” boutique concept.

Efforts to bring back the “old” JC Penney may not be enough to stem the slide in sales however. In the current annual report for the fiscal year that ended February 2, JC Penney stated “It may take longer than expected or planned to recover from our negative sales trends and operating results, and actual results may be materially less than planned.” This is not good news for Ron Johnson. “There is no assurance that our pricing, branding, store layout, marketing, and merchandising strategies, or any future adjustments to our strategies, will improve our operating results,” the company warned in the March 21 10-K report filed with the Securities and Exchange Commission.

Can JC Penney survive in the retail business? To reduce costs, The Company has already acknowledged cutting 20,000 jobs. According to the New York Post, actual job losses may be much higher, with as many as 43,000 workers losing their job over the last year. As JC Penney struggles to survive, there is one bit of good news. Bondholders have withdrawn a notice of default that would have forced JC Penney to repay the $326 million it owed, unless it immediately took steps to fix alleged violations in the credit agreement that provides security for bondholders.

Although Ron Johnson has acknowledged making mistakes, his efforts to correct them may not be enough. Customers are losing their patience, and abandoning transformation plans that have already begun will ensure significant additional costs. Only time will tell if JC Penney will survive at this point.