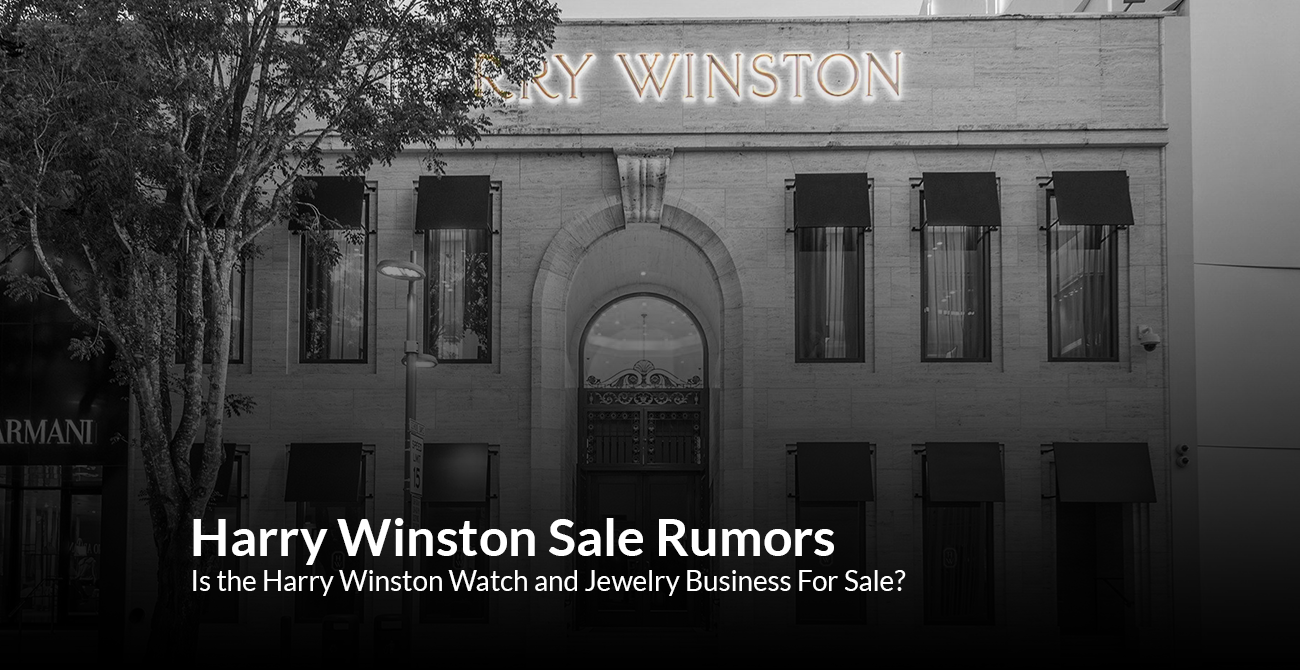 Is the Harry Winston Watch and Jewelry Business For Sale?

When Reuters and Women’s Wear Daily reported recently that luxury goods powerhouse Harry Winston was looking for buyers for its lucrative watch and jewelry business, it caused a lot of speculation within the watch industry.

There has been a trend towards consolidation within the watch industry for many years, and if Harry Winston were to be purchased by a luxury conglomerate like LVMH or PPR, as it has been rumored, it could confirm the fears of some that a few large companies could control the entire industry.

Consolidation in the Luxury Industry

Premier luxury brands are already controlled by various different conglomerates. Brands such as Zenith, Hublot, TAG Heuer and Bulgari, are controlled by luxury conglomerate LVMH; IWC, Jaeger-LeCoultre, Vacheron Constantin, Panerai and Piaget by Richemont; and Blancpain, Omega, Tissot, Rado, Balmain, Breguet and Hamilton by Swatch Group. In fact Swatch Group has gained so much influence recently, that it makes the movements that power the majority of the world’s timepieces. Only a few brands, like Rolex, Patek Philippe, Fortis, Gevril and Breitling remain truly independent.

While Harry Winston has issued a statement denying that its luxury business was for sale, it has not closed the door completely. Regarding the recent rumors in the press, a Harry Winston spokesperson said, “The company does not intend to make any further public announcements regarding this matter unless it concludes that they are warranted by the circumstances or are required by law.”

This isn’t the first time there has been speculation about the sale of Harry Winston assets. Just last year, it was the giant Swatch Group that was rumored to be eyeing a Harry Winston acquisition. Whatever happens, it is safe to say that the trend toward consolidation will continue.

The Value of In-House Manufacturing

According to Gevril Group owner Samuel Friedmann, as fewer and fewer of the world’s leading brands have the capacity to manufacture their own watch movements, they will need alliances with the conglomerates simply to stay in business. “In this environment, a company that that can manufacture watches completely in-house is more valuable than ever before.” You can probably guess what company Samuel Friedman is talking about.