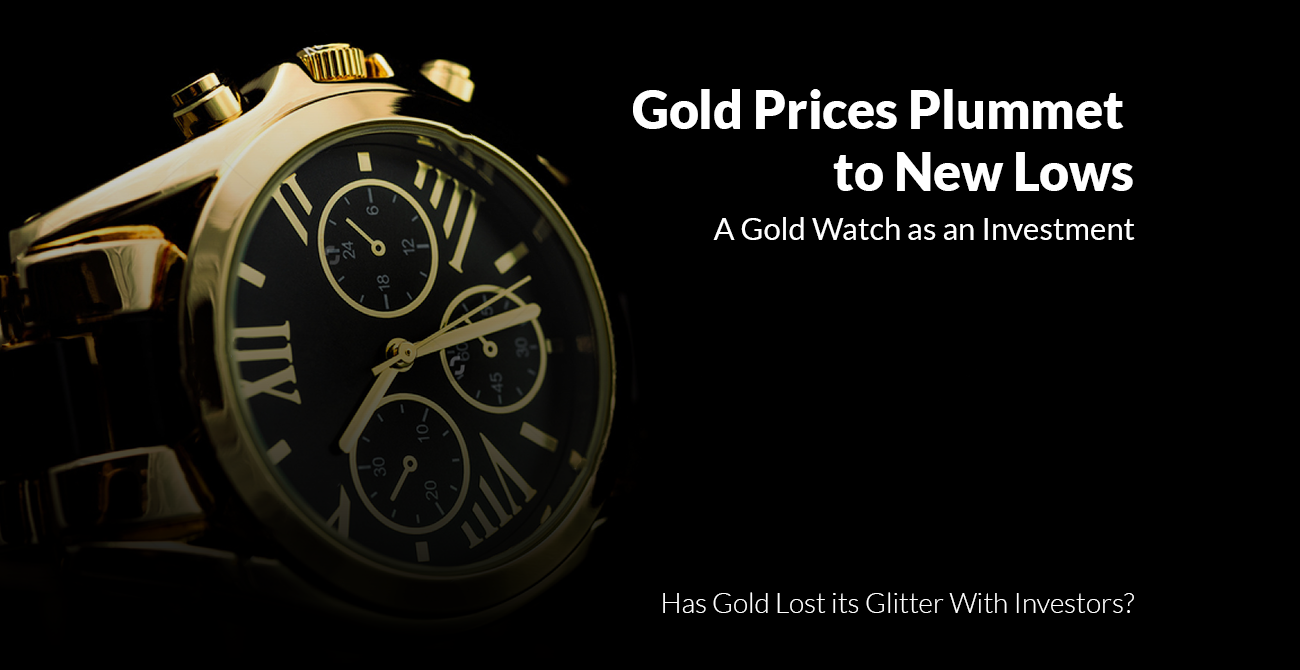 Has Gold Lost its Glitter With Investors?

It has been a tough week for gold investors. The precious metal has tumbled to its lowest level since March of 2011, with prices falling below the benchmark $1400 an ounce mark on Monday. “Gold is kind of giving up,” says Michael Haigh, global head of commodities research at Societe Generale. According to Haigh, “gold doesn’t look like a great idea anymore, especially with the dollar strengthening and real interest rates expected to rise”

Others agree with this gloomy assessment. Goldman Sachs has trimmed its 2013 gold price prediction and sees gold falling as low as $1270 on ounce by the end of 2014. Are we entering a long-term bear market for the precious metal? “If you use the standard of a 20% drop from a peak, we’re already there,” said Brien Lundin, editor of Gold Newsletter.

Why the Sudden Collapse?

There are many reasons for the precipitous crash. Gold has always been sensitive to geopolitical forces and the world today is much more uncertain than it’s been in a long time. Rumors that a beleaguered Cyprus was selling its gold reserves in an effort to avert bankruptcy have unnerved investors. A slowdown in China’s burgeoning economy hasn’t helped prices either. Even India, which has a seemingly insatiable appetite for the yellow metal, is experiencing an unexpected slowdown in the demand for gold jewelry.

Unlike other commodities, it is hard to separate the price of gold from the emotion surrounding it. Gold evokes strong feelings, and buyers and sellers do not always act rationally. Some people buy gold for the status it provides. Others buy the metal as a hedge against economic disaster. For many years, countries around the world, including the United States, linked the value of their national currency to the price of gold. They did this to provide stability. Unfortunately in a global economy, gold provides no more stability than any other commodity. Now, with speculators holding a record level of short positions, the short-term price of gold is more volatile than ever.

Although gold prices are at a 2-year low, don’t expect to find any bargains at the jewelry store. Retail jewelry prices are not traditionally market driven. “The price of jewelry doesn’t necessarily move up and down as quickly as the gold price,” says Jessica Fung, a commodity analyst with BMO Capital Markets. David Bonaparte, chief executive of Jewelers of America, adds that the gold used in the fine jewelry and watches you see in the stores today was purchased earlier when prices were higher. Simple items like gold chains may reflect the current price of the metal they contain, but other items, like a fine gold timepiece, are generally priced by the design and craftsmanship of the watchmaker, which adds value to the gold.

Will the price of gold stabilize soon, or will it drop even lower? Nobody knows for sure. With some countries liquidating their federal gold reserves to meet debt obligations, it is reasonable to expect prices to drop even further. Gold, like any other commodity reacts to the laws of supply and demand and when the market is flooded with gold, the price will drop. On the other hand, gold has long been considered an alternate currency and people accumulate the metal during periods of uncertainty. Probably the only thing that can be said with certainty is that the price of gold will continue to rise and fall in response to people’s emotions.

A Gold Watch as an Investment

People’s emotions are also why a fine gold timepiece will continue to be a good investment. A gold watch is a family heirloom that can be passed from one generation to the next. When cared for properly, a gold watch can last indefinitely. The timeless quality of a high quality watch is priceless. The price of gold bullion will continue to ebb and flow, while your grandfather’s gold watch finds its value in the many memories it contains.