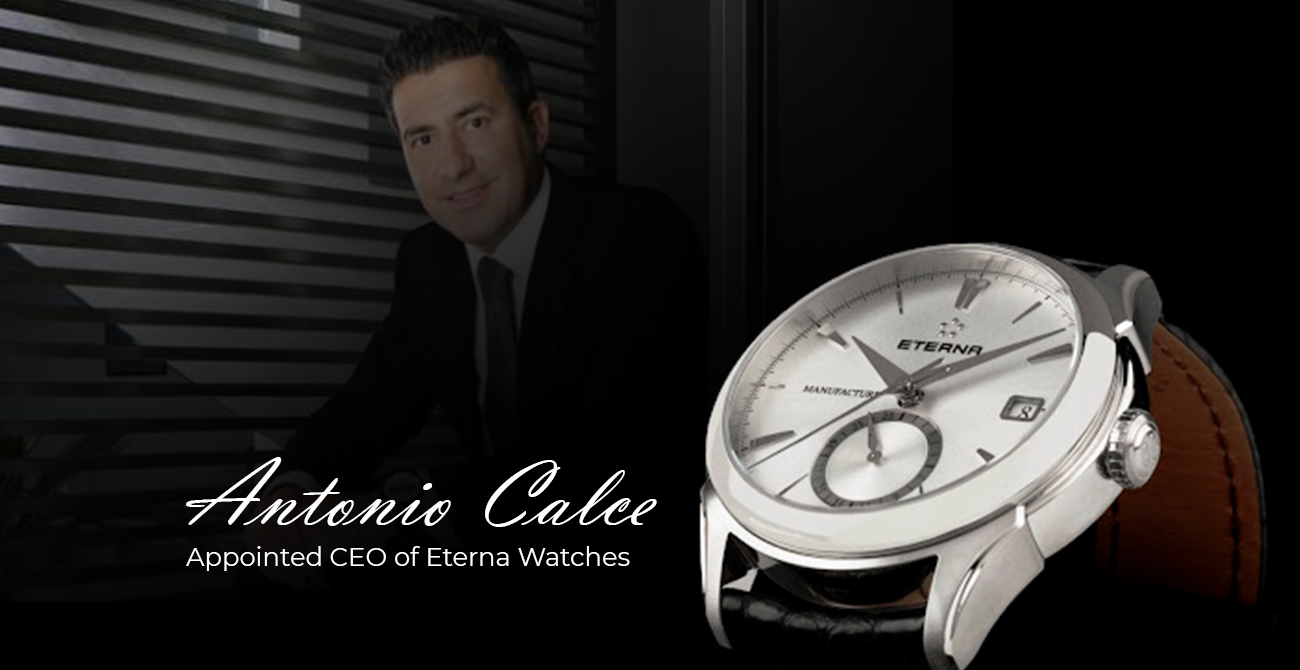 China Haidian Holdings confirms its commitment to Swiss watchmaking with the appointment of Corum CEO to head up its Eterna brand.

Antonio Calce has a well-deserved reputation in the watch industry. As Director of Product Development for the Piaget and Panerai brands, and later as General Manager of Panerai, he was responsible for turning Panerai into one of the world’s most recognized and desirable timepieces.

In 2005, Calce was invited to join Corum as Vice President of Operations. Two years later, he was appointed CEO and began a campaign to re-position the historic brand as a leader in Haute Horlogerie. His efforts to rebuild the brand focused on developing watchmaking talent within the company and re-launching several legendary watches, including the iconic Corum Admiral’s Cup and Golden Bridge.

Now, Mr. Hon Kwok Lung, Chairman of the Executive Committee of China Haidian has tapped Mr. Calce to do the same thing for its Swiss Eterna brand. Eterna, like Corum, has a long history of innovation and watchmaking expertise, but is not widely known in the world market. “I am confident of Antonio Calce’s ability to rebuild Eterna,” said Mr. Hon in a recent statement. He added that he will enjoy working with Calce, and trusts him to ensure effective management of both companies.

Antonio Calce is confident about Eterna’s future. This 150-year-old Swiss company is one of the few watchmakers in the world that still manufactures entire movements at their own manufacturing facility. The company’s famous Eternamatic movement revolutionized the industry when it was introduced in 1948, and the spirit of innovation continues today with groundbreaking new mechanical movements like the Calibre 2505 and 3510, which feature the company’s innovative Spherodrive design.

With the talents of Antonio Calce and the resources of China Haidian Holdings, the future of Eterna looks very bright. “I am attached to Eterna’s incredible history and strongly believe in its potential,” says Mr. Calce. “My immediate mission is to put Eterna back at the forefront of the Swiss watchmaking landscape.”