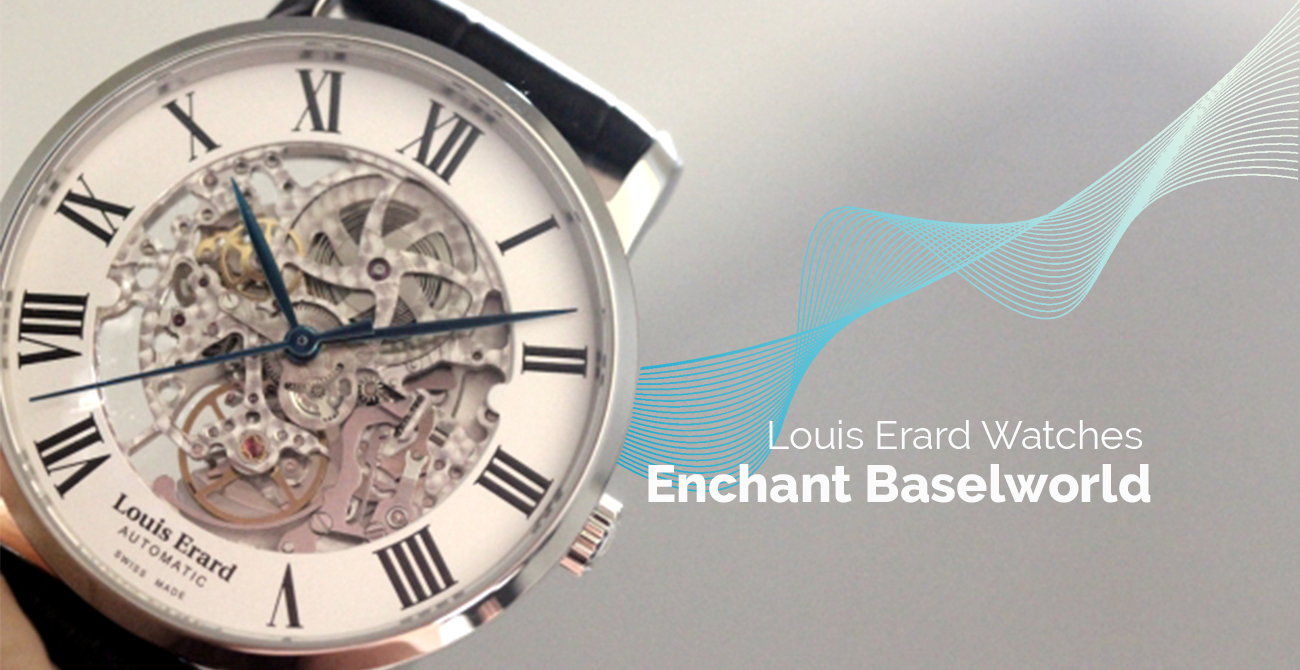 Why the world’s largest watch and jewelry show is essential to a small watch company like Louis Erard.

When Louis Erard and André Perret began making watches in 1929, the pair were convinced that watchmaking expertise, a commitment to quality, and interesting complications could go hand-in-hand with affordable prices. Few of their competitors agreed with this philosophy, but the company persevered and began to attract a loyal band of followers.

Louis Erard timepieces were prized by watch aficionados and other watchmakers, but the brand never became popular with the general public until they started exhibiting at Baselworld. As a wider audience started to see and appreciate these original, high quality mechanical timepieces, the popularity of the brand and its unique philosophy grew. Louis Erard never disappointed their Baselworld fans, introducing imaginative new novelties each year.

If the reaction of Baselworld visitors is any indication, the brand is finally receiving the recognition it deserves. The beautiful Louis Erard booth attracted a steady stream of visitors during the recently completed eight-day show and sales were brisk for both new and existing collections.

Watch aficionados and retailers were impressed with the diversity and depth of the Louis Erard line. There were new additions to many popular collections including the superb 1931 and Excellence Collections. The new Excellence Skeleton and Regulator Power Reserve models got lots of buzz at the show, along with favorable reviews from some of the industry’s most respected watch writers.

Adding to the brand’s growing allure were several exciting new additions to the highly regarded 1931 Collection. This Collection, inspired by some of the very first Louis Erard timepieces, celebrates the watchmaker’s art with authentic retro styling and superb Swiss craftsmanship. Making their Baselworld debut this year were several 1931 vintage small seconds models along with a beautiful 1931 open-heart small seconds complication.

Interest in the new Louis Erard ladies line continues to grow with several beautiful new additions to the imaginative and popular Romance Collection. These exquisitely crafted timepieces are perfectly sized for a woman’s wrist and are bringing the brand’s reputation for old world craftsmanship at affordable prices to a whole new audience.

The excitement of Baselworld is over for another year, but the excitement generated at the Louis Erard booth is just beginning. It was clear this year that the world has finely discovered this 85-year-old brand. By the time Baselworld returns in 2016, there are going to be a lot more Louis Erard timepieces on people’s wrists.

Gevril Group is the sole US agent for Louis Erard Watches. Contact Gevril Group by email or call 845-425-9882.