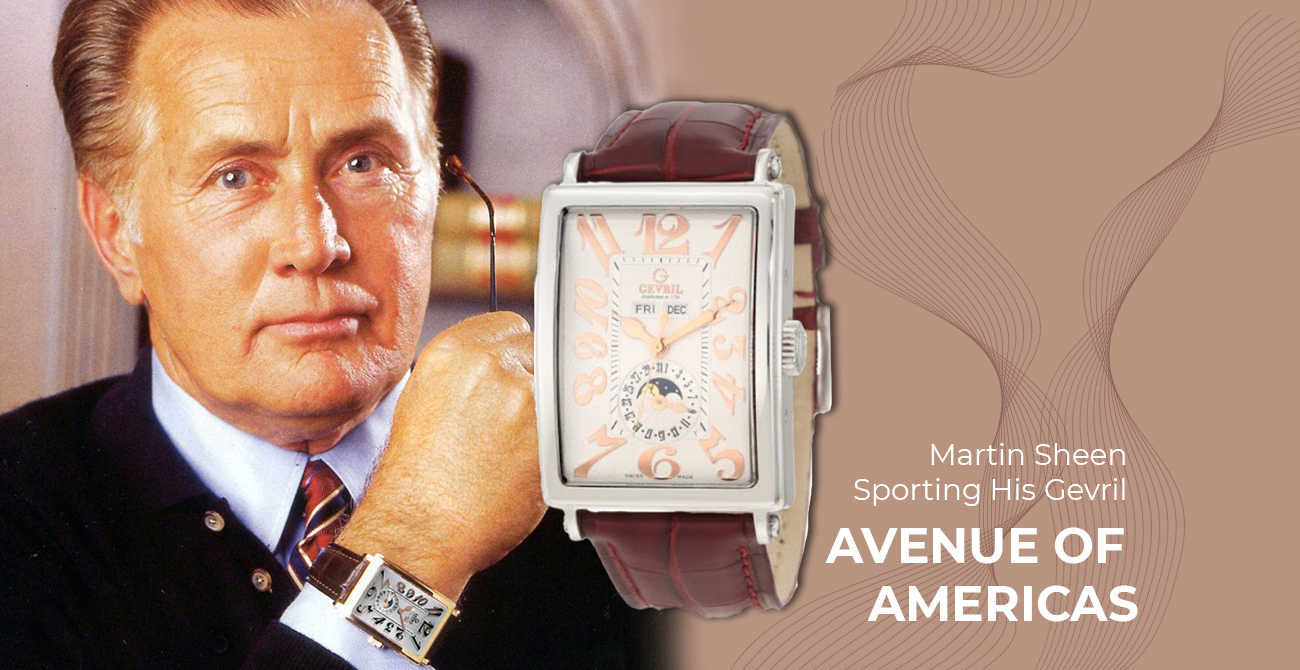 He has played every role from President on The West Wing, to veteran U.S. Army special operations officer in the legendary film Apocalypse Now. However perhaps the most challenging role Martin Sheen has ever faced is that of father to children Emilio, Ramon, Carlos (Charlie) and Renée.

Born Ramón Antonio Gerardo Estévez to immigrant parents in Dayton Ohio, his affinity for both acting, as well as political activism was evident from a young age. At 14 while working as a golf caddy, he organized a strike of all golf caddies due to the mean and foul language he and his co-workers endured from the clubs members. He felt that men of such esteem and position should not be using “abusive and anti-Semitic” language in front of the young boys. Later he would go on to achieve renown not only for his acting prowess but for his more than 60 arrests for civil disobedience in support of issues ranging from apartheid, racism, homelessness to nuclear testing.

Although his father was against his desire to pursue acting, Sheen decided to give it a go. At the early age of 20, he borrowed money from a Catholic priest and moved to New York with hopes of making it in theater. Casting director Robert Dale Martin, with whom he received his first break into the industry, inspired his adoption of the stage name Martin Sheen.

Sheen quickly found success on stage as well as television but his real rise to stardom came in 1973 starring in the crime drama; Badlands. Sheen later gained worldwide recognition as Captain Willard in Francis Ford Coppola’s Apocalypse Now. His acting excellence has earned him a Golden Globe and 2 SAG awards for his role as President Bartlett in The West Wing, as well as an Emmy for his guest appearances in the sitcom Murphy Brown.

Fame and fortune do not come without a price and for Martin Sheen much of that price was paid by his family. For his children, being raised by a father who often times ruled their lives under the influence of alcohol and drugs has left indelible scars that remain to this day. Most evident is its effect on son, Charlie. An A-list actor in his own right, Charlie has led a roller coaster life of great success in his career and, unfortunately, devastating failure in his personal affairs.

Somewhere in the not so distant past Gevril Group’s Steven Jay had the chance to meet with Martin in Los Angeles during a photo-shoot for WatchTime Magazine. The shoot was for a feature in which Mr. Sheen was wearing his Gevril Avenue of Americas timepiece. Steven asked him for some parenting advice. Mr. Sheen was candid and explained, “If I had the chance to do it over again I would not have been so hard on my children physically, emotionally and spiritually.”

Second chances are becoming a reality for Martin Sheen as he assumes the on screen role of Charlie’s father in the hit FX comedy Anger Management. FX recruited the veteran actor in an attempt to transform the show into a multi-generational program that would attract a larger audience. For the Sheens it will be a time for healing, for the fans it will be a chance to be entertained by a father and son who happen to be two great actors while they do what they do best: act.