Store Closings at JC Penney: An Isolated Case or a Troubling Trend? 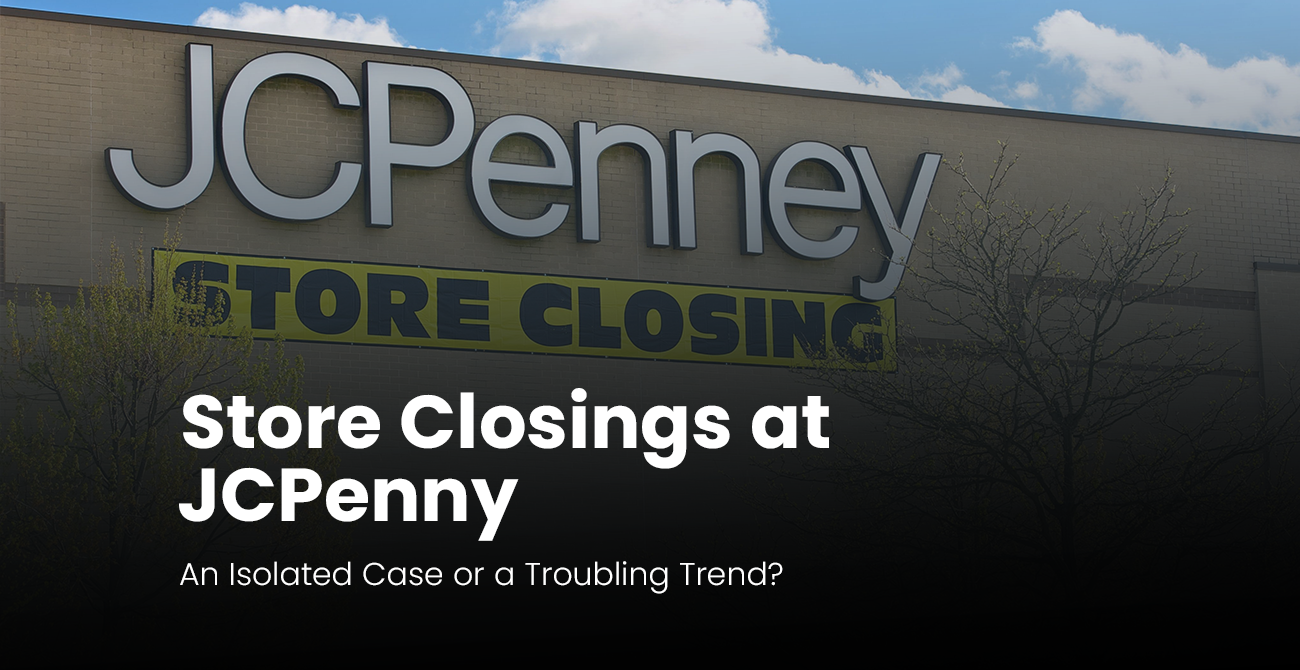 In mid-January, JC Penney announced that, in a bid to stem losses, it will close 33 of its stores and cut 2,000 jobs, resulting in about $65 million in savings per year. The announcement came just a few months after former CEO Mike Ullman returned to the retailer in an attempt to patch things up following a disastrous, failed makeover by CEO Ron Johnson, who was ousted in April 2013.

Johnson had attempted to transform Penney’s by remodeling its stores into a collection of boutiques. Not only did this strategy fail to charm customers, it resulted in a lawsuit filed against Penney’s and its would-be partner Martha Stewart Living Omnimedia (MSO) by Macy’s Inc.

Macy’s contended that the Penney’s deal infringed on its exclusive rights to sell Martha Stewart merchandise. In October of last year, Penney’s, now under the leadership of Ullman, scaled back its relationship with Martha Stewart. It agreed to sell 11 million shares of MSO, which it purchased in 2011 for $38.5 million, and to give up its two seats on the MSO board. While this move apparently placated Macy’s to some extent, it is still suing for damages.

Meanwhile, Ullman has recruited Stephen Sadove, chief executive of Saks, to the JC Penney board and is restoring some of the features that Johnson cut, such as Penney’s popular private-label brands. In November, Penney’s reported its first monthly gains in same-store sales in two years and says it sees rising demand for men’s apparel, women’s accessories and home products. However, as of January 15 of this year, Penney’s had not provided sales data for December 2013, which leaves some analysts wondering if the gains are sustainable.

Paul Swinand, an analyst with Morningstar, told Bloomberg News that the closings indicate all is not well, although “it’s also not a massive restructuring.” In fact, the closings represent just 3% of Penney’s stores and 2% of its total workforce. Contrast this with other retail store closings in 2013, such as The Gap, which closed 21% of its U.S. stores (189 out of 889) and Abercrombie & Fitch, which is in the process of closing 18% of its U.S. stores (180 out of 1,014).

There were a number of other retail store closings in 2013, including The Jones Group (closing 170 stores out of 594, or 29%), Blockbuster and Fashion Bug — both of which went out of business — and Barnes & Noble (closing 189 stores over the next 10 years, or 14%). Macy’s announced that it would close five stores, but also open five new ones. In Macy’s case, the closings appear to be a move to generate efficiencies by consolidating some functions and territories.

Are Store Closings a Trend?

Over the past several years, many retailers have struggled with restrained consumer spending, a situation that continued throughout 2013. L Brands Inc. and Family Dollar stores, for instance, cut profit forecasts after a disappointing December, although U. S. retail sales did rise 2.7% overall in November and December. This rise in sales, combined with a closer look at the reasons underlying certain retail closures, seem to indicate that there is not an overall negative trend in the retail industry.

Rather, mature brands and retail stores like Penney’s — some of which have been in trouble for years — are adjusting to a changed operating environment where there are new competitors, including brick-and-mortar stores such as Uniqlo and Joe Fresh, seasonal and temporary pop-up stores, and online membership stores, like One King’s Lane and Rue La La. Changes in technology also play a major role. It’s no secret that brick-and-mortar bookstores and video rental chains have been under pressure for years from online competitors, e-readers and new devices that stream digital music and video.

Consider too that the Millennial generation has come of age and now constitutes a large proportion of shoppers. These young adults are digital natives whose preferences and habits were shaped by a world that is very different from any generation that preceded them. They are a new breed of customer and the ways they browse, buy and consume require retailers to change some of the ways they’ve traditionally done business. This is natural and we are seeing it evolve before our eyes.