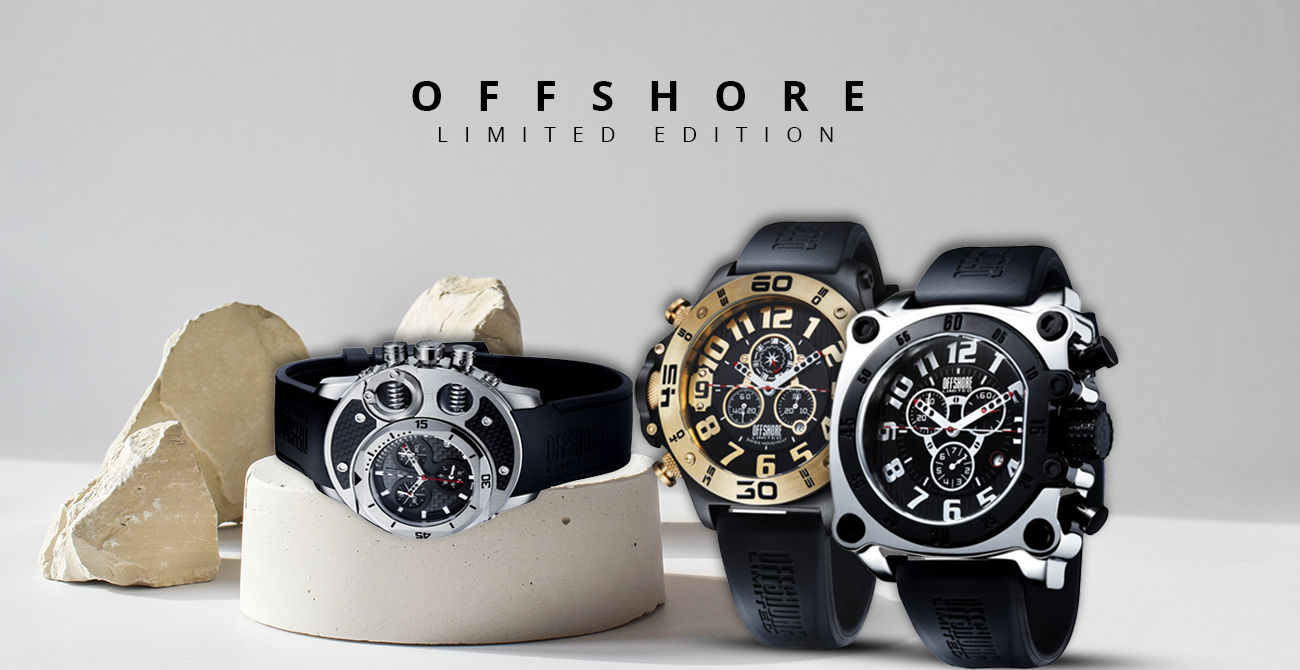 Innovations rarely materialize without first upending current convention, and often the best new ideas are borne from those architects with a vision to stand out and to astound. Sandra Martial launched Offshore Limited in 2009 with the understanding that the international market for watches was both extremely competitive and deeply entrenched. But she also knew there was a market for the style of watches she intended to build. As a testament to Martial’s foresight, Offshore Limited will appear once again at the world’s largest and most prestigious watch and jewelry fair, at Baselworld 2012 in March.

Offshore Limited’s philosophy of watchmaking is firmly avant-garde; rather than trying to recycle retro styles, or sticking to predictable shapes and prescribed layouts, the brand is moving full throttle with original creations that satisfy the ever-growing, large sport-watch market.

Brand DNA has much to do with the company’s success. The passion and daring can be attributed, at least in part, to Offshore Limited’s French heritage. Few would argue the extent to which the French influence the fashion world, with a long list of legendary designers and fashion houses whose collective know-how, or savoir-faire, always has a finger on the global pulse of what’s cool and what’s not.

No watch complication is sportier or more popular than the chronograph, which is the mainstay of the Offshore Limited line, along with a few double and triple time-zone models. The belief is large watches for all – most are between 45 and 50 mm in diameter.

The current Offshore Limited line consists of several collections. The Force 4 is the brand’s signature watch featuring a chronograph, day and date indicators, and a dual time zone. The primary movement in the Force 4 is an ISASWISS 8172, which is shared by all current Offshore Limited chronographs. The Force 4 also contains a secondary mini-movement – a Ronda 1042 – to power the second time zone, which appears on the side of the watch in its own window and is a defining element of the Force 4.

Offshore Limited watches should not be considered gender specific, as both the Tornade and Z Drive chronograph collections are officially unisex. Both have adjunct collections, as does the Force 4, called Prestige, which represent Offshore Limited’s luxury models. Watches from the Prestige collections feature cubic zirconia stones inlaid using a CNC laser-cutting machine. Prestige models are striking, dazzling and completely prêt-à-porter.

Other collections include the sporty Ballast chronograph, with a case made of steel and aluminum, and two auto-inspired collections: the unique Commando chronograph, with shock-absorber springs visible through dial-side windows, and the Challenge XL chronograph with carbon-fiber dial and tachymeter.

The Cockpit collection rounds out the Offshore Limited line with a name that says it all: a perfect travel partner featuring a strapping 50 mm case and dual time zones, each powered by separate Ronda 751 movements.

Every Offshore Limited watch takes advantage of efficient and accurate quartz technology, which is very dependable, and features batteries with extended life spans, as well. Every watch is water resistant to 330 feet and is backed by a two-year manufacturer warranty.

Offshore Limited will introduce new models at Baselworld 2012, including a new dual-time concept watch called the Octopussy and the latest Force 4 – the Force 4 Sonar – a dual-time chronograph that has the appearance of a live sonar and joins the recently introduced Force 4 Shadow.

Offshore Limited will set up at Baselworld 2012 from March 8–15, in Hall 2.0 at stand C71. Baselworld attendees are encouraged to book a meeting for a complete preview of the Offshore Limited 2012 collections or to drop in for a first-hand look.

Please subscribe to the Gevril Group newsletter and blog updates. Comments are welcome.